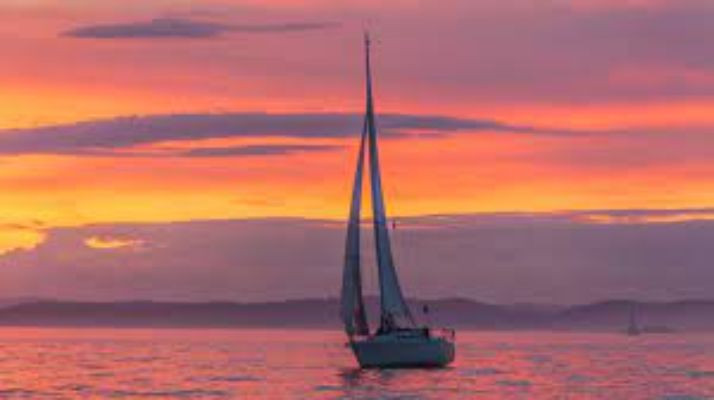 Steven Milkey Wright of Woodland died of natural causes on June 10, 2022, shortly after an initial treatment for throat cancer. He was 59.

He was born on Feb. 14, 1963, the first child to Patricia Elaine Kloiber Milkey and Walter Fred Milkey of New Britain, Conn. He was raised in that area, graduating in 1981 from Berlin High School in Berlin, Conn.

In 1985, he earned a bachelor’s degree in economics from William & Mary in Williamsburg, Va. In 1992, he completed a master’s of arts in economics degree at The George Washington University. He was married to Elizabeth Walton from 1993 to 2015.

Steve remained in the Washington, D.C., area for 29 years before moving – sight unseen – to Davis, Calif., to accompany his then-girlfriend Evie Wright. He and Evie lived in the same D.C. apartment building for a decade. They married on March 25, 2018, in Sausalito, and made their home in the Spring Lake development of Woodland.

Steve worked in real estate and property management most of his adult life. “He was a people person. He really liked working with and meeting people, and helping them find solutions to problems,” Evie said.

His sense of humor made him well-liked and fun to be around. Those around him knew to expect his stupid jokes. He and Evie worked references from the “This Is Spinal Tap” movie into their wedding vows: “How much more love could there be? The answer is none. None more love.”

For Steve’s family and friends, that love was mutual. He valued spending time with his nieces and nephews, two of whom called him “Uncle Bruce,” just to be silly.

An avid sailor, Steve owned a sailboat in Chesapeake Bay, Md., for several years. Recently, he was a member of the Club Nautique sailing club in Sausalito, and was in the process of teaching his wife the craft. He also enjoyed golf – another sport he was teaching her.

Steve went to Europe several times when he was young, cementing a lifelong love for travel. He and Evie enjoyed recent trips to Asia and Hawaii. They also loved to camp, with Calaveras County and Big Sur among the latest excursions. Music was another devotion, especially David Bowie tunes. He had close friends in local bands, and relished attending their live performances.

He and Evie were inseparable, with Steve often accompanying his wife to her Soroptimist service club events. He was a proud “Soroptimister.”

Steve hated being a passenger and Evie didn’t love driving, so he often served as chauffeur. Though he typically drove well above the speed limit, he never got a traffic ticket. He cursed slow drivers who used the fast lane. (To honor Steve’s memory, please save the left lane for passing.)

In lieu of flowers, memorial contributions may be made in Steve Wright’s name to one of two causes dear to his heart:

Soroptimist International of Davis, which educates and empowers local women and girls, at https://www.sidavis.org/donate/.

Planning is underway for a memorial service in Yolo County, followed by private family services in California and on the East Coast. Those plans are to be announced.

To plant memorial trees or send flowers to the family in memory of Steven Wright, please visit our flower store.

Steven was my cousin and my fondest memory of all of us were the holiday parties we held. I was younger than most, but cuz always found time to chat or sneak me a " drink" behind the backs of our parents. As most families, time and distance reduced the contacts, but Steven made a special trip back to CT for my parents 50th anniversary. That was him in a nutshell. Both proud and very very sad to be a Milkey today. Love you Steven .

I didn’t know Steve very long; however, he made a great impression on me with his sense of humor and thoughtfulness

Steve is a gift to others. Kind, positive, never without a smile, and always had a kind word to everyone! So grateful I met him and was able to work with him in the HOA. Thank you thank you for being you Steve- a blessing!

My prayers and condolences to Evie and family🙏

I will miss my "Office Buddy Across the Way" at work. Such a gracious, friendly and caring man. Our friendship was too short. My heartfelt sympathy to all who knew and loved him.

I didn't know Steve very long. I met him when he started working with me at VierraMoore, Inc., but he always had a smile on his face and a hello for me when he saw me in the office. He was so nice & friendly. He also always commented on how he loved my word boards I had sitting in my office window. Just recently he told me the one I had up was the best one yet. It said "Nothing brightens up a room like your absence". He totally got my snarky sarcastic sense of humor. Many prayers to his wife & all his family. Rest easy Steve!

Steve was the best not only for Evie but being part of our family. We enjoyed being with him. He and Evie complemented each other so well. It will take us a long time to get over losing him. ❤️

Evie, Ann, and Jane - I have expressed my fond memories of Steve to you privately. No words can ease your pain. Steve was one of those rare souls that just by knowing him, made you a better person. Our time together will live forever in my heart and in my memory. My deepest sympathy to all of Steve's family and friends.

A candle was lit in memory of Steven Wright