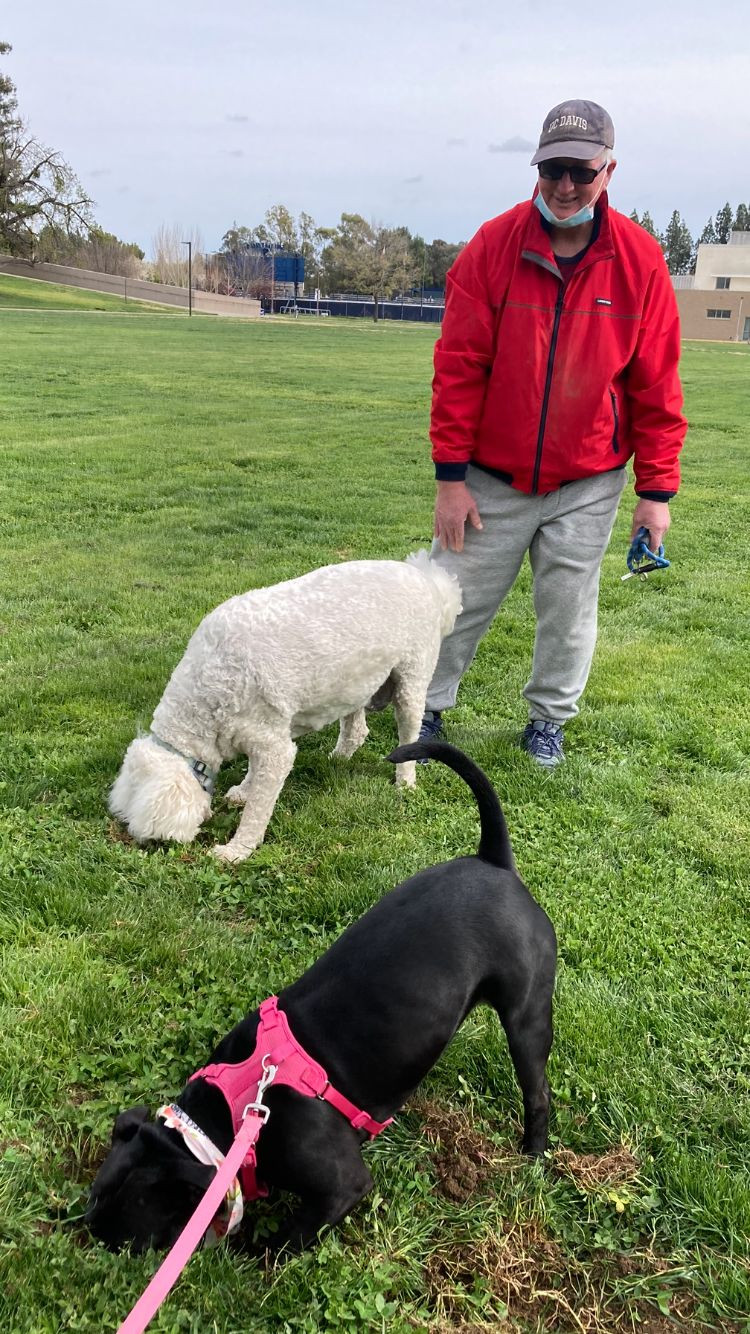 Scott Hill took his first steps on the UC Davis campus as a child and his last steps there on his daily walk with his beloved dog.

He loved his family and dogs, education, art, food and wine, baseball, bicycle racing, and basketball. All of those loves rolled up into an epic life, too short, but long in contribution, friendship, fellowship, humor, and accomplishment.

“To be blunt” he would start - a gracious warning to grab your pen or pull your keyboard close, you were going to get a bracing, incisive insight that would help your work - or more likely help the kids of California, the kids of America - or for even a short time the kids of Qatar - learn more, engage more and be given a greater shot at achieving their full potential.

Scott was a leader in education policy and practice and widely respected across the country. He was a legend in California – starting his career at the California School Boards Association and later serving as Executive Director of the Standards Commission followed by Chief Deputy Superintendent at the California Department of Education.  He became a master of the technical complexity of standards, assessment, and accountability - seeing them not as technocracy but instead as the way that big systems could really know whether their young charges had actually learned what the systems promised.  His work in California informed similar efforts nationwide. What’s best for kids always animated Scott – whether working at the State, the Gates Foundation, the College Board - or at home. He was exquisitely single-minded about equity and opportunity - in their historic, deepest sense.

Scott spent his career as a central part of a network on whom California policymakers relied for advice on improving public education for all of its TK-12 students, especially those who have not been historically well served. A message or a letter from Scott was always filled with analysis and insight and often read and re-read many times by its recipients. Most importantly, he fulfilled his professional responsibilities with his greatest attributes: generosity, goodwill, and kindness. He saw his success in work as enabling others to be successful, which he accomplished beyond measure.

Scott’s first priority was always family. He was proud of the talents and resilience of the three women in his home, and he supported their work and education without pause. He spoke about their accomplishments and life journeys with tremendous pride when talking with friends. He was unbelievably grateful for their support as he pursued professional opportunities that would invariably require sacrifice on their part. Scott was the most devoted husband and father that a person could be, and his world revolved around his wife, daughter, and daughter-in-law. Together, the four of them traveled far and wide across the globe, had fantastic adventures, and collected memories that will forever be treasured. Scott was an incredible listener, always eager to hear about his daughter and daughter-in-law’s daily experiences at UC Davis or to give his wife a “fashion consultation” on her newest sewing project. And, of course, he loved his two canine companions, Todd and Clodagh. Whether walking them, sneaking them treats, or sitting on the floor with them, Scott was simply happy to be around the dogs.

He died suddenly during his routine daybreak walk with Todd. It was a regular morning in an extraordinary life – whose abrupt end left so many loved ones stunned – and a generation of school-aged children without one of their most tireless and effective advocates.

When 200 of his grieving College Board colleagues from across the country gathered on  video soon after he died, they initially sat onscreen together in hushed, sad silence. Then one by one, often through tears and laughter, they told their stories and added condolences and photos in the chat.  They shared vivid memories of a great leader, important mentor, exceptionally kind and generous friend, colleague, dad, dog lover, family man, art collector, avid reader – and dogged basketball fan and demander of justice, whether for the school kids of America or courtside for UC Davis women’s basketball team.

Scott is survived by a lifetime of friends and colleagues and most importantly Laura, his wife of 38 years; his daughters Sydney and her wife Emma; his father, Eugene Hill; his mother-in-law, Susanne Weir Johnson; and his siblings, Ken, Kevin, and Derek Hill. He was predeceased by his mother, Patricia, and his older sister Susan.

A memorial service to celebrate Scott’s life will be on October 13, 1pm, at the Veterans Memorial Theatre, 203 E 14th Street, Davis, CA. Donations for a memorial bench on the UC Davis campus where Scott spent thousands of hours walking with his family and dogs may be made at tinyurl.com/scottgofundme.

To send flowers to the family in memory of N. Scott Hill, please visit our flower store.

Ken, I am very sorry. Godspeed and my condolences. Hang in there. Blessings, Alex

Dan and I cannot express how much we will miss Scott.