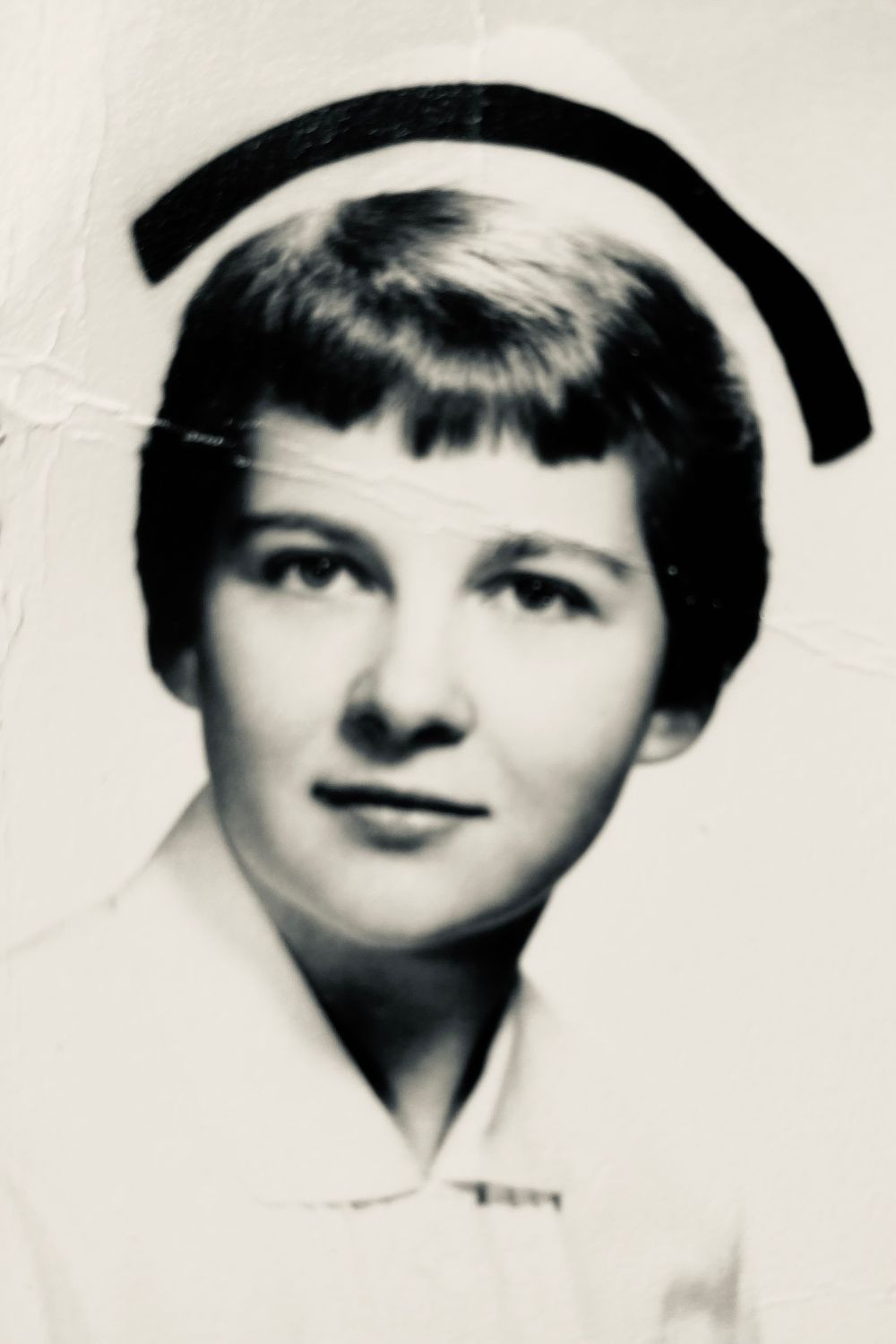 Judith Eva Brady peacefully passed away on Friday, March 25, 2022. A longtime Woodland resident, she was 81.

“Judy,” as everyone knew her, lived an interesting and fulfilling life, highlighted by her Navy service; nursing career; enjoyment of good food, movies, books, coffee, political discourse and all things Irish; and especially time spent with family and friends.

She was born on August 23, 1940, in Jersey City, New Jersey, to Thomas Brady and Eva (Plicto) Brady. She always spoke fondly of her Jersey upbringing — taking solo trips to New York to explore the city, playing sidekick to her father at his neighborhood watering hole, Brady’s Tavern, and spending summers at the Jersey shore. She often brought home stray animals, asking her mother, “Can they stay for lunch?” They usually stayed for good, a testament to her lifetime love of animals.

A car accident that left her hospitalized when she was in high school inspired Judy to pursue a career in nursing. She graduated from the Jersey City Hospital School of Nursing in 1962 and the U.S. Navy Women Officers’ School in 1963. Her Navy Nurse Corps service took her on adventures all over the world, including to the naval hospitals in San Diego; Corpus Christi, Texas; and Guam.

Judy was stationed on Guam during the Vietnam War, serving as triage nurse for injured servicemen evacuated from battle. She loved meeting the locals and learning about their culture. While there, Judy met her future husband, Albert Obermueller, a navigator with the U.S. Air Force. They married on Sept. 13, 1969, in San Diego, and later moved to Davis. Judy was honorably discharged from the Navy in August 1972, having achieved the rank of lieutenant commander.

After her marriage ended, Judy moved to Woodland, where she had become a staff registered nurse at Woodland Memorial Hospital in 1971. She worked in the intensive-care unit, IV therapy department (which she helped develop), psychiatric services and, her favorite, labor and delivery/postpartum. Some of her most treasured moments involved running into her former patients around town. Even decades later, many of them recalled her support and encouragement as they brought new lives into the world.

From 1982 to 1990, Judy operated her own business, Mobile Obstetrical Monitoring Services (MOMS), performing fetal monitoring tests for expectant mothers from throughout Yolo County who were experiencing pregnancy complications. One of her most prized possessions was a notebook recording all of her patients’ names and the dates of their tests, proudly showing it to people she met even in the weeks before her passing.

A fierce advocate for her fellow nurses at Woodland Memorial, Judy played an active role in their vote to obtain union representation from the California Nurses Association in the late 1990s, a move that ultimately resulted in higher pay, better working conditions and, most importantly to her, improved patient safety.

The latter years of her career took Judy to Kaiser Permanente, working as an advice nurse at Kaiser’s Vallejo call center until her retirement in 2016. Away from work, Judy was a proud and enthusiastic “Granny” to her grandsons Ethan and Aidan Keene, both of them frequent bragging topics. She adored babysitting them and attending their various sports events. She counted herself among their biggest fans.

In addition to her grandsons, Judy is survived by her daughter Lauren Keene of Sacramento, son Kurt Obermueller of Esparto, and ex-husband Albert Obermueller and his partner Becky Tauzer of Esparto. She’ll also be greatly missed by her Maltese dog, Riley, and cat Scout, the last of the many beloved pets Judy rescued over the years.

A military honors funeral service is scheduled for noon Wednesday, May 11, at the Sacramento Valley National Cemetery, 5810 Midway Road in Dixon, followed by a reception at Hotel Winters, 12 Abbey St. in Winters, where friends are encouraged to connect and share their good memories. For more details and to RSVP, please send an email to CelebratingJudyBrady@gmail.com.

Judy’s family will forever be grateful for the compassionate care she received in her final weeks from Kaiser Permanente, The Village at Heritage Park in Natomas and Suncrest Hospice. Anyone wishing to make a gift in Judy’s memory is asked to consider two of her favorite causes, the Yolo Food Bank or their local SPCA.

To plant memorial trees or send flowers to the family in memory of Judith Brady, please visit our flower store.

My heart goes out to the whole family. Love you Lauren.

A candle was lit in memory of Judith Brady