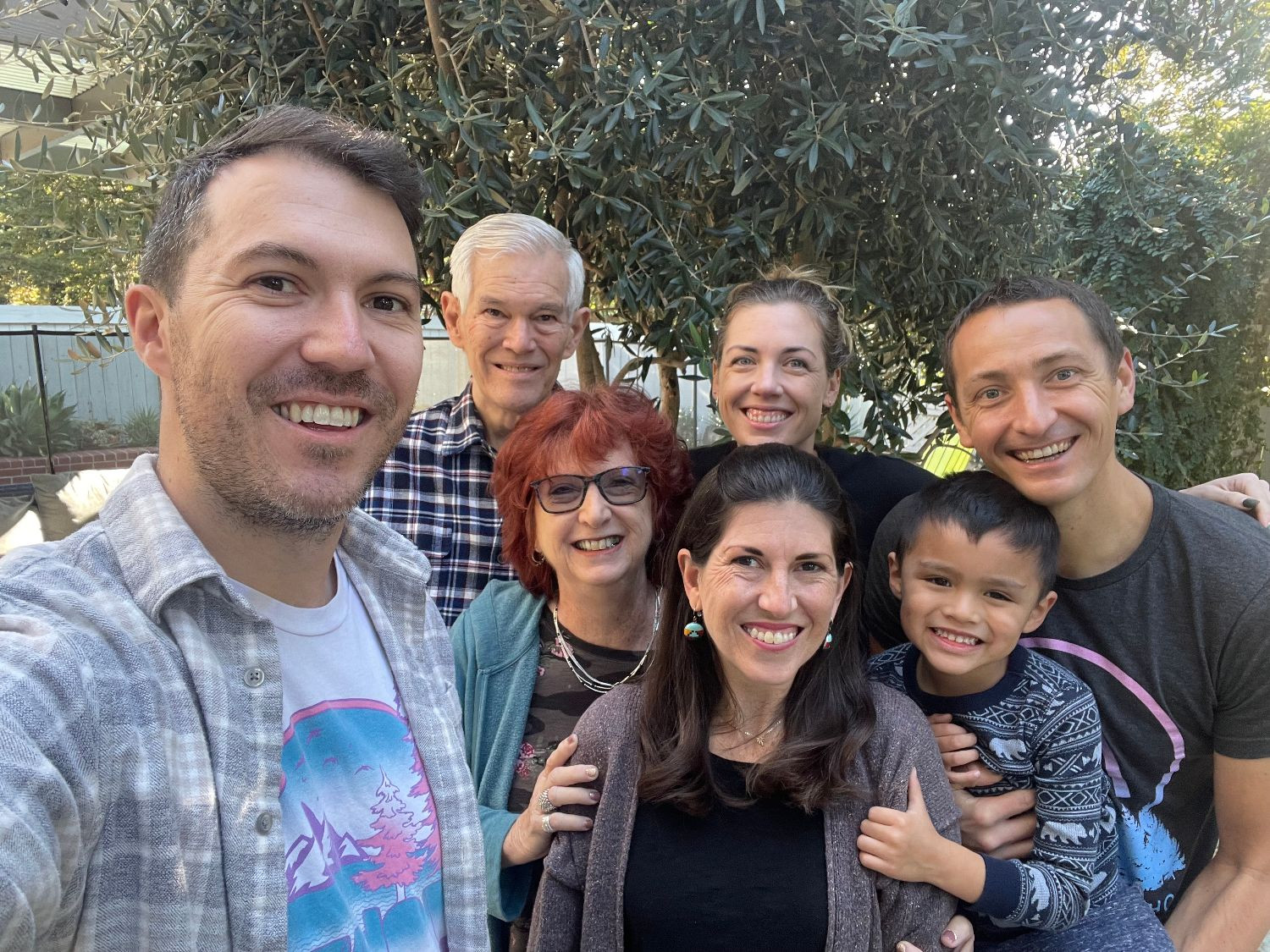 Donald Steven Ormsbee-steadfast husband, father, grandfather, brother and friend–passed away peacefully at 76 years old at his home in Davis, CA on Sunday, November 20, 2022 due to respiratory complications. Don was deeply loved and will be dearly missed by his wife, Kay; his daughter Kelli, son-in law Dave, and grandson Niko; his son Steve and daughter-in-law Katie; and his younger siblings Bill Ormsbee of Chino Hills, CA and Linda Wren of Sacramento, CA as well as other extended family and friends.

Don was born to Charlotte and William Ormsbee in Los Angeles,CA. on September 1, 1946. He described his childhood as a military kid (his father served in the US Navy) as a “delight” because of traveling all over the world and experiencing life in places like Alaska, Japan, and Guam. He attended college at California State University, Fresno, where he made life-long friendships by joining the Sigma Chi fraternity chapter there in the spring of 1966. His nickname among his fraternity brothers was “Spock”, partly due to some physical resemblance to Leonard Nimoy, and partly due to sharing similarities to Spock’s character of being logical and organized in any situation (his housemates said having Don as a roommate helped keep their apartment cleaner than most frat guys!).

After graduating with his degree in marketing, Don began what would become a lifelong career in sales, starting with a job as a Prescolite Lighting salesman. What made this first sales job unique was it involved Don driving across the country in a San Francisco cable car replica that served as a way to provide demos of Prescolite’s new track lighting to curious architects and lighting distributors—many many stories came from this adventure! Don then moved to Colorado and was a successful sales representative for many years for the fragrance company Houbigant. Of course, he always made sure to take advantage of great skiing in the Rockies in his spare time! On a snowy evening in 1979 at a honky-tonk bar in Denver, Don first met Kay and their love story began. They were married in 1981, and added Kelli and Steven to create a family of four within a few years.

Life took another unexpected turn when work circumstances required leaving Colorado in 1993, and Don and Kay decided to move to Northern California to be close to Don’s family. Shortly after, Don took a leap of faith and chose to become self-employed and gradually developed a successful business representing a variety of jewelry and gift lines for the next 20 years. Living in California also allowed for many family trips to Disneyland, coastal sites and time to see extended family and friends who live throughout the state.

In addition to his genuine enjoyment of his work as a sales rep (much of which came from constantly talking to a variety of people throughout his day!), Don was an avid lover of music. Starting in his high school days, he especially enjoyed going to concerts and would share the story of his first concert at the Fillmore in San Francisco in 1965. This show included quite a line-up—Don and his friends had the honor of rocking out to Janis Joplin, Steve Miller Band, Santana, and Jefferson Airplane. He passed along the “music enthusiast gene” to both Kelli and Steve, who each cherish their dad’s extensive vinyl collection. He introduced them to his wide range in music and Jimmy Buffett, Led Zeppelin, Queen, Fleetwood Mac, the Beatles, and Paul Simon were in frequent rotation, among others. Over the years, Don and his family saw various concerts together and a particularly fond memory was when Don bought last-minute tickets (literally hours before) to join Kelli, Steve, and Dave in seeing U2 play in Oakland during their 2005 tour—he was always up for being part of the fun when it came to music! Of the many concerts he attended, Don described seeing Jimmy Buffett play at Red Rocks in 1973 as being his all-time favorite live show.

Although the cancer diagnosis in 2015 and subsequent health impacts from treatment were an unexpected life pivot, the last several years also included some of the biggest milestones. He became a grandfather (preferring the nickname “Pops”) to Niko who was born in 2017. Over the last 5 years, Pops relished watching Niko’s love for swimming at Kelli and Dave’s pool, impromptu dance performances, and humoring Niko’s fascination with marble races by watching the same videos over and over with him. Most recently, Don was able to attend Steve and Katie’s wedding in Los Angeles this summer. One of the highlights of the evening was Don, Kay, Kelli, and Steve being on the dance floor together to groove to “You Can Call Me Al” by Paul Simon, a family favorite. He was so thankful to be able to participate in their special and unique “jungle disco” themed affair!

A celebration of life service for Don will take place on Saturday, January 28th, 2023 from 11 am-12:30 pm at The Table UMC on 5265 H Street, Sacramento, CA. A reception will follow afterwards at the Ormsbee family home where family and friends can share stories of this marvelous husband, father, grandfather and friend.

In lieu of flowers or gifts, people wishing to honor Don’s life can make donations to the Head and Neck Cancer Alliance (https://headandneck.org/) or Singing for Change (https://www.singingforchange.org/donate).

To send flowers to the family in memory of Donald Ormsbee, please visit our flower store.

A candle was lit in memory of Donald Ormsbee