Alfredo Gallego, 85, beloved husband, dad, grandpa, brother, uncle, father-in-law, and friend passed away on Monday, August 29, 2022 in Woodland, California, with his loving family by his side.

Many people knew him as “Fred” or “Al.” Born on January 12, 1937 to Angela and Ponciano Gallego, in the village of Igdarapdap, Nueva Valencia, on the island of Guimaras, Philippines, Fred grew up in a large family. In his early 20’s, he was a master carpenter. In 1968, he graduated from the University of the Philippines, Ilo Ilo with a Bachelor’s degree in mechanical engineering. In 1974, he met and married Delia Galvez in Guam. Together, they raised two daughters, Adelene and Lisa. They also helped raise their granddaughter, Ellie, until he was diagnosed with Alzheimer’s. Fred worked as a mechanical engineer at Spreckel’s Sugar for 16 years in Salinas and in Woodland before retirement. Before Spreckel’s, he worked at Guam Power Authority and also for John Deere in the Philippines. He became a proud U.S. Citizen in 1998 and especially loved U.S. history.

Fred enjoyed spending time with his family and friends, loved having guests at the house, and especially loved singing karaoke oldies into the late hours of the night when not playing poker, or mahjong, or pool. He loved the holidays, couldn’t wait to decorate the house with Christmas lights, and often wore silly Santa hats to make everybody smile. He was well read, stayed up to date on world news and politics, never gave up on a good debate, and always answered the call to fix something at the home of his family and friends. There was no job too big and no project too small. He knew how to use every tool, every machine, could fix any car, and seemed to especially love climbing onto the roof or reaching the top of a fruit tree, secured with only a harness. Fred left no fruit unpicked from his trees, no friend unhelped, and no project unfinished.

Fred always had a positive attitude and loved teasing his granddaughter, daughters, sons-in-law, nieces, and nephews. He was also a perfectionist, always measured twice and cut once, and truly lived by the rule that if you want something done right, do it yourself. For Fred, family was #1, and even when Alzheimer’s disease took away his ability to communicate, it was clear that he was happiest when he was with his family, especially when he was with his wife, daughters, his sons-in-law, and his granddaughter, Ellie. His face always lit up whenever she entered the room.

Fred was preceded in death by his parents, Ponciano and Angela, brothers Roselo, Lorenzo, Marshall, and sisters Thelma, Mathilde, and Francesca. He is survived by his wife Delia, who loyally and lovingly cared for him for the last eight years as his health declined due to Alzheimer’s; his two daughters, Adelene and Lisa; his sons-in-law, Marc and Elvis; his granddaughter, Ellie; his sister Mattea and brother-in-law James Sr., as well as several nieces, nephews and cousins. Fred will be deeply missed and fondly remembered.

To send flowers to the family in memory of Alfredo Gallego, please visit our flower store.

A photo was added for Alfredo Gallego 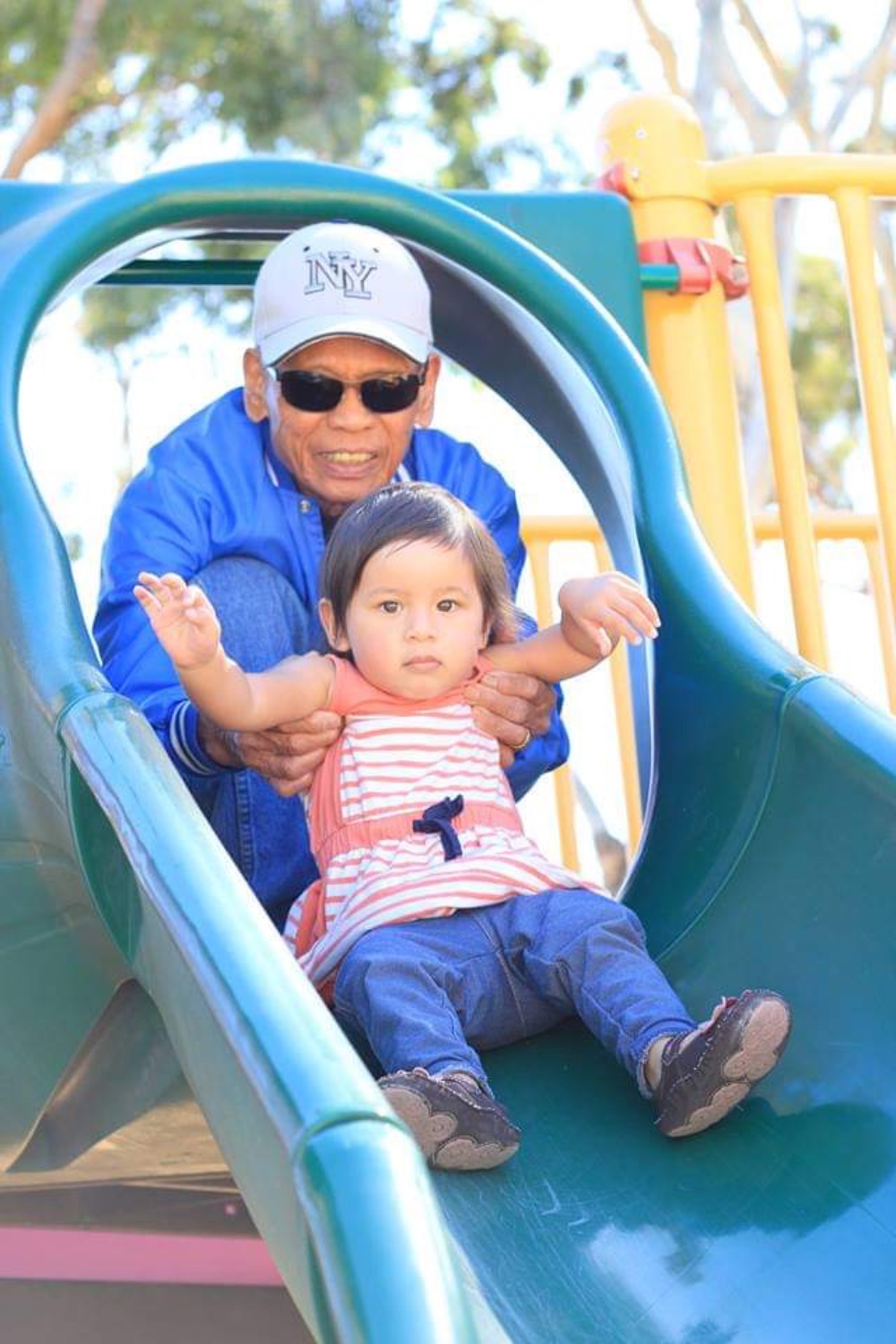 A candle was lit in memory of Alfredo Gallego