VALENTE FORREST DOLCINI, a lifelong Davisite and a member of one of Davis' pioneer families, died on April 19, 2015. He was 81 years old. He is survived by Marjorie Dolcini, his wife of 53 years, and by his children Val Dolcini (Solveig Monson), Dana Dolcini (David Fitts), Matthew Dolcini (Marla) and Julie Ser (Robert). In addition, he leaves ten grandchildren; Nicholas, Alyssa, Isabella and Kaitlyn Dolcini, Madison, Jackson and Schuyler Shumway, Valente Dolcini and Sophia and Olivia Fitts. He is also survived by his sisters, Mary Ellen Dolcini and Carol Bergstrom (Ron), as well as 22 nieces and nephews.

Val was the fifth of six children born to Valente Francis Dolcini and June Plant Dolcini, both former postmasters of Davis. Their forbearers came overland in covered wagons and settled in Davisville in 1868. He was raised in the family home which currently sits at the corner of 6th and G Streets and attended Davis public schools along with his brother and sisters. He was the student body president of Davis High School in 1953 before attending San Franciso State University where he received a B.A. in Communications.

Following college, Val embarked on a career with the state of California that lasted nearly 40 years. He served a number of different state agencies and ended his career as the Chief Training Officer at the Department of Parks and Recreation where he was instrumental in developing training curriculum and protocols for state park rangers all over California.

He was active and often held leadership roles in the Davis community for many years serving on the Yolo County Grand Jury, the Yolo County Cemetery District Board, the St. James Parish Council, and other local boards and commissions. He loved the stage - both performing and attending - and he participated in many local and regional theatrical productions including the JayRob Theater in Sacramento, the Davis Comic Opera Company and the Palms Playhouse in Davis. In recent years, he and Marge spent many enjoyable evenings with friends at the B Street Theater in Sacramento in addition to trips to New York City and San Francisco to see Broadway productions. One of his last excursions was a play at the Kennedy Center in Washington, DC with family members. He enjoyed sports, politics, his many friends and travel but most of all he was a family man.

He and Marge were married in 1961. They spent many wonderful years together and loved each other deeply to the very end. His greatest accomplishment in life was being a husband and father and he loved nothing more than spending time with his wife, children and their families. He was a kind man, a thoughtful man and a loving man and he will be deeply missed by all who knew him. There will be a mass at 11:00 am on Tuesday, May 12, 2015, at St. James Catholic Church, Davis. In lieu of flowers, memorial contributions may be made in his name to the Michael J. Fox Foundation or to the charity of your choice.

To plant memorial trees or send flowers to the family in memory of Valente Dolcini, please visit our flower store.

Dear Marge. May God bless you and your family. God bless Val on his journey to God. My prayers for you all. Miss you. Hugs. Suzanne Black.

Dear Family Dolcini, I just returned from a family trip to Colorado and saw the announcement about Val....a wonderful man and a special friend to so many of us in Davis. I treasure my "political" rants with him, his great humor and laughter that I can hear, my memories when he joined the Davis Bad Actors at the Palms.....what a time! And he was a family man. I miss him and send my love and condolences to you Marge and Val and your family. Lots of great memories..... Love, Sherry

Dear Marjorie and Family, I am sorry to hear of your loss. I worked with Val the year prior to his retirement. Val was one of those special people that when hearing his name you can't help but smile. My condolences to you and your family. Sincerely, Judy Hickman

Dear Marge, Please accept my sympathy in the passing of your 53-year partner Val. It's never long enough. I think of you often and miss the "Hostess With the Mostess." Mike Tompkins

Dearest Marge, Valente, Dana, Matt, and Julie--Val was such a wonderful, kind man. And you are all such wonderful testimonies to the lasting effects of his generous good humor and love. What a loving, great family that is his legacy. I love you and am thinking of you in these days since his passing. --Anne

Val's shining countenance, cheerful greetings and sweet personality will be missed. Condolences to his family and friends. Sue Hodell

This was my response to someone who recently asked me about Val. "Val Dolcini was a smart, funny, wry and very sweet man. He and Marge were our neighbors for years. Our children grew up together. Val will be missed, especially at our Parkinsons support group meetings where his witty humor gave everyone a lift. I don't know how our sing-alongs will manage without him." Our hearts go out to Marge and her family. Dorothy and Bill Ross 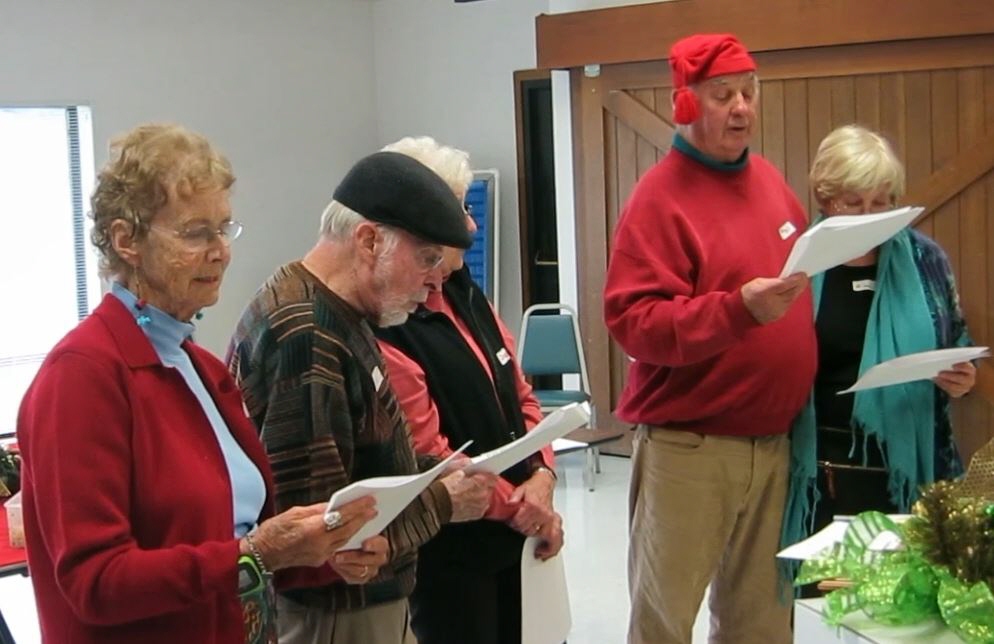 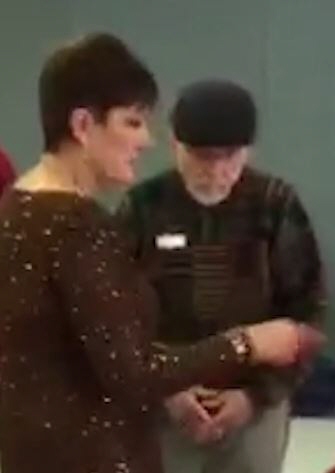