Marilyn Slater McCapes, 78, passed away peacefully early Saturday morning, January 28, 2012, in her home of 40 years in Davis, CA with her family. She had been a Yolo County resident for 66 years. She was born in Sacramento, CA on October 27, 1933, the only child of her parents Virginia C. and Colby E. "Babe" Slater, grew up on their farm in Clarksburg, CA and graduated from Clarksburg High School in 1951. In the fall of 1951 she enrolled as a freshman at the University of California, Davis and graduated in 1955 from the College of Letters and Science. Her aunt, Marguerite Slater, a UC Berkeley student, was one of the first three women to take coursework at UC Davis (then the University Farm) in 1914. Marilyn's father Colby E. "Babe" Slater attended UCD from 1914a�"1917. He was a gifted athlete and student leader while at Davis and later won two Olympic Games Gold Medals in rugby. Marilyn and her husband Richard H. "Dick" McCapes, also a UCD student, met in the fall of 1952 and were married in 1955. They moved from Davis in 1958 after Dick's graduation from the School of Veterinary Medicine. In 1970, they and their children moved back to Davis where Dick was associated with the UCD veterinary school. Marilyn's principal and unfaltering love was for her family, was a devoted mother of five, grandmother of nine and enjoyed close friendships. She had a great love of farming, managed the operation of the Clarksburg farm including the lease of acreage in 2009 for wine grape production and watched the first grape harvest last fall. Similarly she was delighted by gardening and greatly admired the UC Davis Arboretum, which she frequently visited. A personal joy was her decision in 2003 to gift her father's two Olympic Games Gold Medals to UCD to be displayed in perpetuity in the Cal Aggie Athletic Hall of Fame and his other sports and Olympic and personal memorabilia to the campus General Library. She and Dick were fans and supporters of the UCD Men's Rugby Club She found time for other community activities including serving as president of the University Farm Circle and Prytanean, vice president of the California Veterinary Medicine Association Auxiliary and advisor to the Auxiliary to the Student Chapter of the American Veterinary Medicine Association at UCD. Marilyn is survived by her husband Richard of 57 years, her children Patricia Bahrijczuk, Jeffrey McCapes, Elizabeth McCapes, John (Lisa) McCapes and Carolyn (Doug) Jensen and her grandchildren Kaitlin Bahrijczuk, Justin McCapes, Hannah Turner, Brandon McCapes, Dylan McCapes, Elaine Turner, Emma McCapes, Colby McCapes and Kyle McCapes. Our thanks to our friends, neighbors and caregivers for their unwavering support of Marilyn and our family. Marilyn was interred in the Davis Cemetery on Tuesday, January 31, 2012. A Memorial Service for Marilyn is planned at 1:30 PM on Saturday, February 11, 2012, at the Davis Community Church, 412 C Street in Davis. A reception in the church Fellowship Hall is planned immediately following the memorial service. Donations can be made to the UC Davis Arboretum (http://arboretum.ucdavis.edu) the Sacramento Sutter VNA & Hospice program (www.suttervnahospice.org/gifts) or the UC Davis Men's Rugby Club (ucdrugby@live.com).

To plant memorial trees or send flowers to the family in memory of Marilyn McCapes, please visit our flower store.

So sorry to hear about your loss.

The memorial service you planned in honor of Marilyn was a wonderful tribute to a dear woman. We will both miss her but share many collective memories of good times. We were happy to see all of her beautiful grandchildren. May Marilyn rest in eternal peace. love, Carolyn and Norman

Dear Dick & Family, Sorry to hear of Marilyn's passing. I always enjoyed our conversations and admired her work ethic. She spent many hours of manual labor scraping and sanding the beach house- showing her perseverance and dedication to the 'Slater House'. With Sympathy, Hank Campbell

I knew Marilyn as "Mrs. McCapes" . She was a pillar in our neighborhood, raised great kids and only now am I aware of her extraordinary accomplishments as a woman. She will be missed. My thoughts and so sorry for your loss Patti, Jeff, Liz, John, Carolyn

Dick: I know that words can't help with the pain that you must feel with the lost of Marilyn but know that Val and I upholding you and your family in prayer. I am hoping that we will see each again in September. Your high school friend. Ted 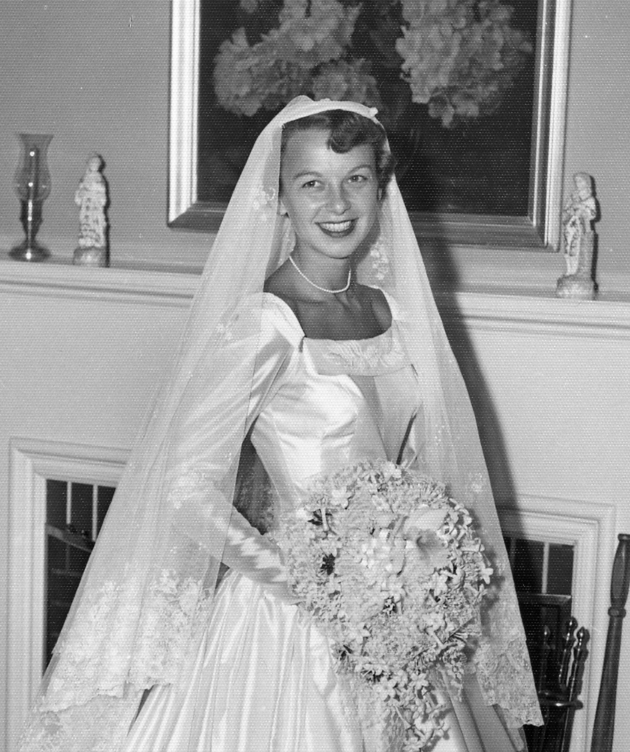