Long-time Davis resident, James (Jim) Leland MacIntyre passed away at home on August 20, 2016. He was a patient of the UC Davis Health System hospice team since January.

Jim was born on Labor Day, September 4, 1933, the second of four sons, to John and Jean MacIntyre, in Detroit, Michigan. After his father's retirement in 1952, Jim moved to Phoenix, Arizona, where his interest in agriculture began. He earned a Bachelor of Science degree in Agronomy from Arizona State College in 1956. He was then stationed with the Army in Germany until 1958. Always a hard worker, Jim was the laboratory manager for the new U.S. Water Conservation Laboratory in Phoenix from 1958-1964. While there, he gained experience with the neutron soil moisture probe which monitors water status in crop production.

Jim married Linda on June 2, 1962. They moved to Tucson in 1964 to earn their Master's degrees at the University of Arizona. While in Tucson, they welcomed a son, Bill, and a daughter, Nancy.

In 1970, Jim completed his Master of Science degree in Agricultural Chemistry and Soils and began his career as a laboratory manager in the department of Land, Air and Water Resources at UC Davis. Always willing to help others, Jim especially enjoyed sharing his knowledge with students and colleagues. He and his family hosted many potluck parties for students from all over the world. Jim was proud to be selected as a short-term consultant with the United Nations Joint Agencies: Food and Agriculture and International Atomic Energy. He worked in Indonesia part of 1983, 1984, and 1985, and Ghana was his destination in 1986. After Jim's retirement in 1993, he worked independently for several companies in agricultural research, and also returned to UC Davis for projects.

Jim enjoyed traveling both near and far with Linda and their family, riding his bicycle, and experiencing nature, classical music and musical theater. He shared his love of books with his granddaughters, and enthusiastically introduced them to his favorite comic, "Calvin and Hobbes."

Jim is survived by Linda, his wife of 54 years, his son, Bill, and daughter Nancy (Tom), and granddaughters, Emily and Angelina. Three brothers, Charles, David (Charmayne), and Richard reside in Arizona. He will also be missed by his nieces and nephews and their families, cousins, as well as his Canadian aunt and cousins.

A Celebration of Life will be held at Smith Funeral Home, 116 D St., Davis, Monday, Sept. 12, 2016 at 11:00 A.M.. A luncheon reception will follow in the Conference Room of the University Park Inn, Richards Blvd., Davis.

To plant memorial trees or send flowers to the family in memory of James MacIntyre, please visit our flower store.

While I attended graduate school School at UCD (from 1974 through 1978 at the Department of Water Science & Engineering), I came to appreciate Jim's kind. courteous, and thorough approach to everything he did. Jim simply believed that if it was worth doing, it was worth doing right! When my wife, Pegi, and I first came on board, we were invited to attend a work related function on short notice. Jim and his lovely wife, Linda, kindly arranged to let us use their baby sitter under these conditions. This signature kindness. although typical of Jim and Linda, has stuck with us all these many decades later. Well done on a Life well lived, Jim. , and our condolences to you, Linda, and to your Fine Family! Continued Blessings, Dr. & Mrs Stephen P. Hayes

A few things I came to appreciate and I know we all have our stories and smiles about Jim, but I felt I had a special relationship an understanding about JIm, and came to really respect and even love certain things about Jim, some were his kind and inspirational thoughts even encouragement for handling the tough roads ahead ., and the humor he shared for some of the silly moment our family shared, and even to give frank direct input on issues facing our families and for us to keep the good path ahead.. So for you Jim, here's to all your love and caring input and devotion to myself and my family., I'm sorry I couldn't' share with you before you left this present place in time.,I know your soul is free and may still here with us, and will feel the love light wherever you are., We all thank you Jim and for all your love and support and encouragement, you are missed and will never be forgotten! As you have touched our families life, individually and as a whole, we admire you and will continue to for the years left in our lives, each and every one.. Thank you.. and we'll leave a light burning for you in memory and appreciation in our hearts! Two thoughts I share with you all and for you Jim, wherever you are in the universe now, to continue to.. "Gaze Upward, Look Inward, Reach Outward, Press Forward." Remember., "Where the world ceases to be the scene of our personal hopes and wishes, where we face it as free beings admiring, asking and observing, there we enter the realm of Art and Science." Attributed to Albert Einstein Jim you are truly missed and appreciated for all your inspirations both creative and otherwise.. brilliant man and dedicated family man.. Love, Brandy Bianchini and The Bianchini Family, Vic, Carol, Steven, Victor 3rd, and Ashley Bianchini

For all the holidays we shared and wine celebrations , we will miss your smile and gentle nature. You bought so much joy to all and especially your granddaughters. It is certain how much you will be missed., but never forgotten. Linda and Gene Webb

My love to the MacIntyre family at the loss of James. Thanks to him and the family, my daughter found comfort, support and love when I was not able to be there. Thanks for the love you shared and the example you were through your life. Darell Schregardus

Keep his smile in your heart, until you meet again.......

Friends and Family uploaded 10 to the gallery. 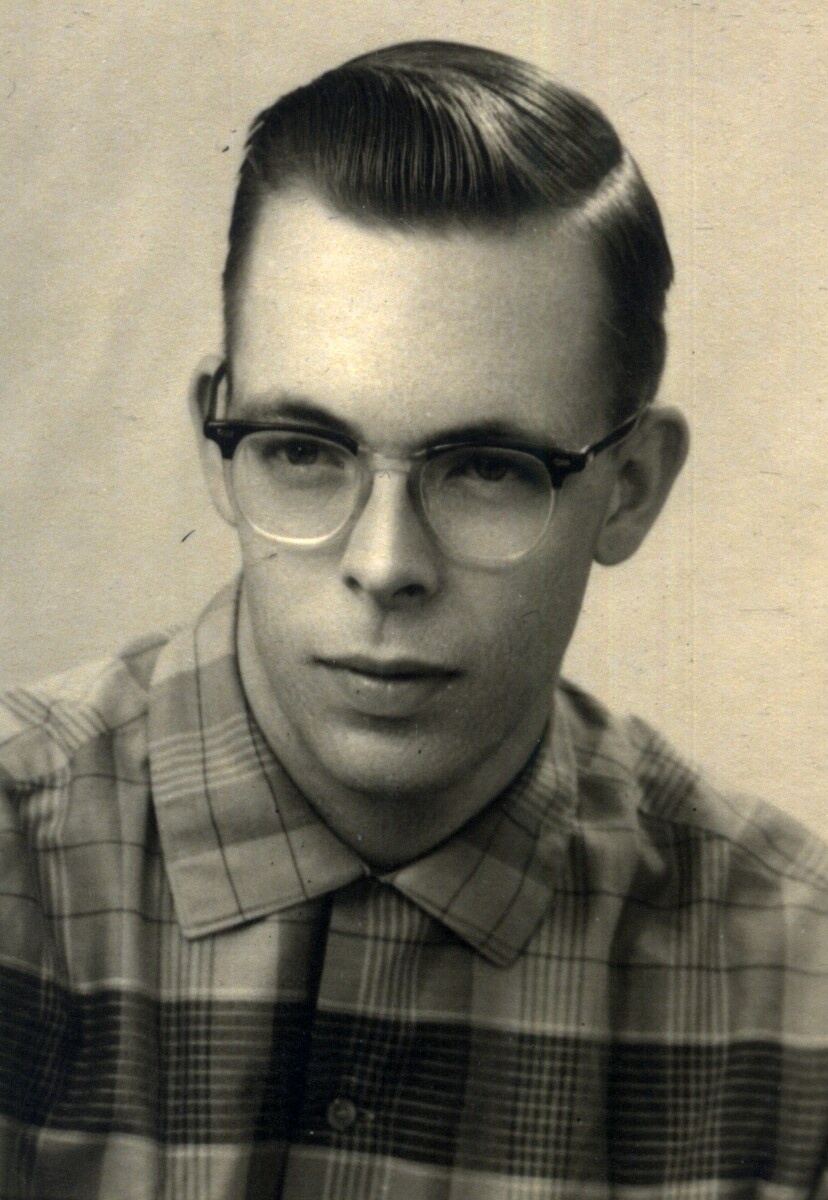 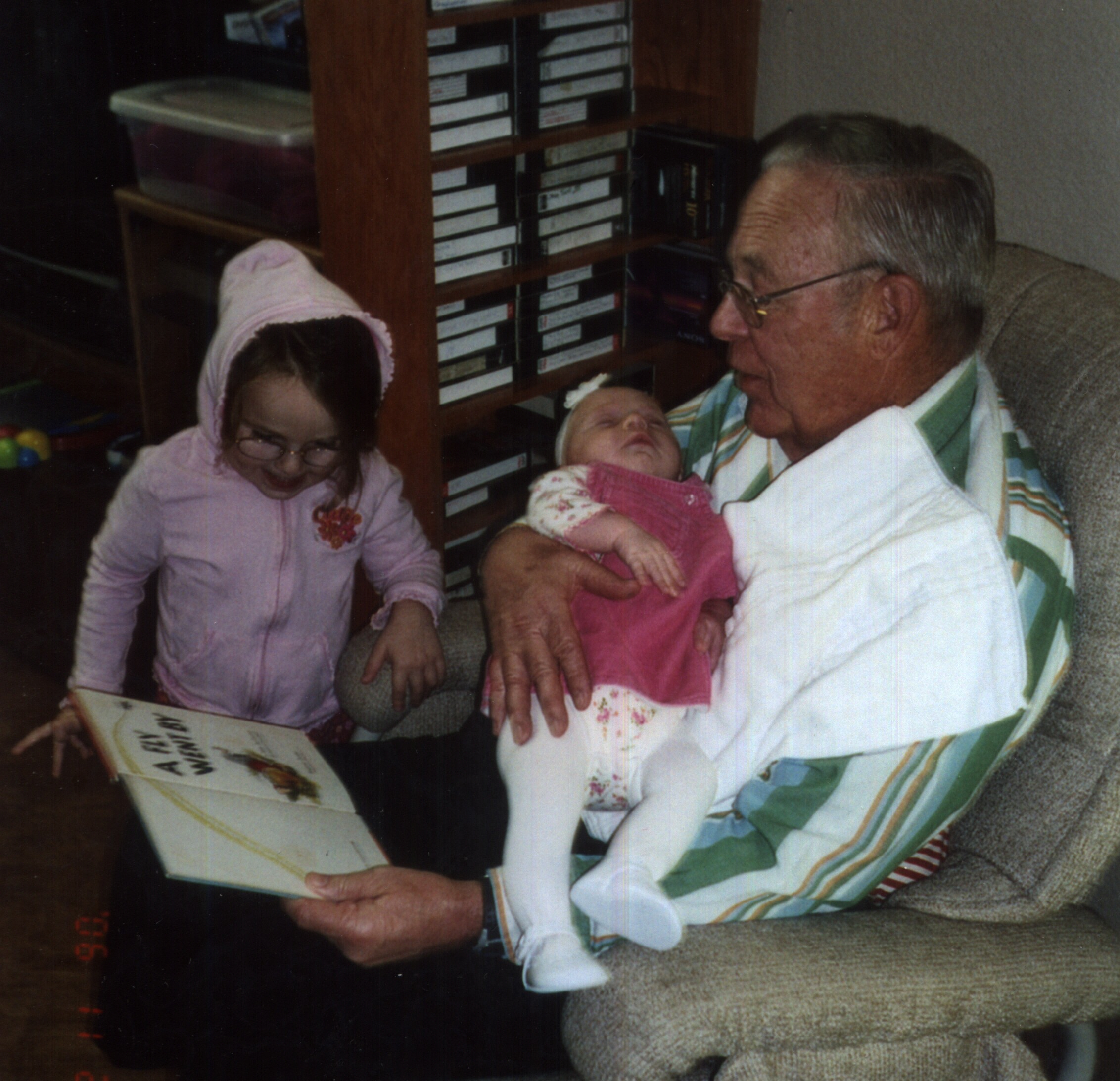 + 8 more
No service information has been added.