an. 20, 1928 a�" June 24, 2012 James Richard Fonseca, 84, died Sunday, June 24, 2012, in Davis. An area resident for 37 years, Fonseca was born Jan. 20, 1928, in New York, to Marion and Francisco Fonseca. He received his bachelor's degree from Fordham University in 1947, his master's degree from Marquette University in 1949 and attended Colombia University until 1950, at which point he entered the U.S. Army for the Korean War, leaving a decorated 1st lieutenant in 1954. He spent the next 25 years working in academics in the fields of zoology, human anatomy and microscopy; as a teacher; and author of original research. In 1980 he founded Technical Microscopy, a micromanipulation and image analysis and firm where he worked until his retirement. Jim was a parishioner at the Newman Center in Davis for 37 years, a community which he loved deeply. He is survived by his children, Michael, Padraic, Donal, Erik, Amy and Erin; and grandchildren Onawa, Evan, Lon, Colette, Hugh Dennis, Marin, Kelia, Aiden, Isabel, Declan and Leo. Viewing will be from 5 to 7 p.m. Thursday, June 28, at Wiscombe Funeral Home, 116 D St. in Davis, with a Rosary service to follow. Memorial services will be held at a later date.

To plant memorial trees or send flowers to the family in memory of James Fonseca, please visit our flower store.

Missing Jim deeply. I remember getting a banana and watching our dog go crazy for the tips of the banana. Miss everyone back home. Love always amy

Jim always had a great attitude. Our thoughts and prayers are with you.

What a prince of a guy!! Truly. May the Prince of Peace welcome this fine man into his kingdom.

Our Men's Group is not going to ever be the same without Jim's wisdom and sense of humor (those were sometimes the same thing!). We are going to miss you, Jim!

Jim was such a wonderful man - he will be deeply missed! He loved to have friends over for dinner and enjoy a good bottle of wine. Most importantly, he was a friend to all. Goodbye and God bless you Jim!

Jim embodied Christ's love. He exuded love to everyone he met. Sice its formation in 1989, he graced the Newman Male Spirituality Group with his wisdom and clarity of thought. His quick wit and ready smile will be sorely missed. God speed Jim! 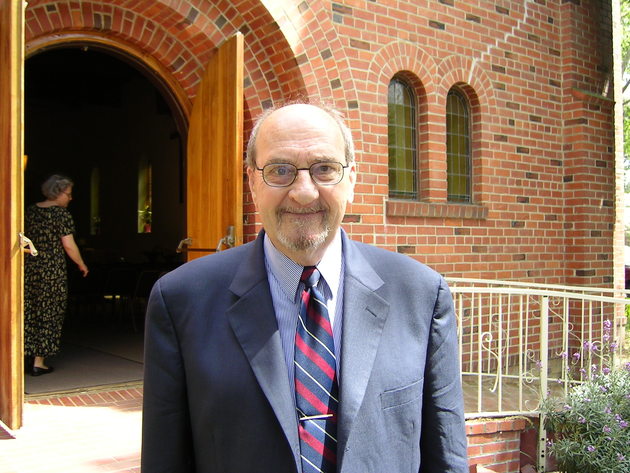