Evelyn "Evie" Neithercutt passed away peacefully at the age of 86 on August 23, 2015 at home surrounded by family.

Evie's life began on October 31, 1928 in San Francisco the first of two daughters to Mario and Helen Ghisolfo. She was a second generation native of California, her 4 grandparents were all immigrants from Western Europe, the Italian side fleeing a devastating grape blight and the French/German side fleeing tensions of another looming war.

Born and raised in San Francisco during the Roaring 20's she soon experienced Prohibition and the Great Depression. She walked across the Golden Gate Bridge on opening day 1937. Her very large extended family lived a short distance away in the Napa Valley between St. Helena and Calistoga where she would regularly visit many of her 32 aunts and uncles with innumerable cousins. Many weekends and summers were spent with cousins helping to pick prunes and walnuts at a time when most of the grapes had been replaced due to prohibition restrictions. After Evie graduated High School in San Francisco she moved to Davis in 1946 to continue her education as a freshman student at UC Davis, graduating with a B.S. Degree in Animal Husbandry. While in Davis she met and married Robert Neithercutt a fellow student on the GI Bill. Together they had 3 children, Susan, Joseph and Thomas. Sadly in 1961, her 33 year old husband passed away due to a brain tumor. Less than a year later she lost her 9 year old daughter Susan to leukemia.

Faced with the tragic loss of her husband and daughter she made a brave choice to not allow her past to steal away her future. As a single mother, she accomplished many amazing feats while raising two sons. She never remarried, instead poured her life into volunteerism to help those less fortunate than her.

In 1967 she was a founding member of STEAC (Short Term Emergency Aid Committee), the local grass roots organization that meets the short term needs of supplying food and shelter to the less fortunate within Yolo County. STEAC is still in operation today, providing nearly 50,000 meals annually to the local needy.

In 1969 she followed in her father's footsteps as an entrepreneur and landlord by designing and building a 9 unit apartment complex in Davis that is still in operation today. She started her career at UC Davis as a lab assistant working with chickens in a large centrifuge to determine the long term effects of increased gravity as part of research for the US Space program. She continued working for UC Davis in the admissions department for many years, she enjoyed helping students adjust to university life.

In 1971 Evie left her job at UC Davis to work in a brand new division of Yolo County Health Department specializing in alcohol and drug abuse treatment and counseling. Her 21 year career with the County was recognized with a resolution by the Yolo County Boards of Supervisors at her retirement in 1992. They commended her for her vast contributions and her role developing the essential services provided to the community. Her persistent efforts have been credited with improving the sobriety of many, many people within Yolo County. During her time with Yolo County she was part of the group that organized the many County workers to join the AFL/CIO and negotiated with County Administrators to improve working conditions and benefits. Evie was honored by receiving the "Davis Humanitarian of the Year" recognition for her tireless efforts to improve the life of those less fortunate.

She had a lifetime love of gardening covering a broad spectrum. She planted giant vegetable gardens next door that covered the entire vacant lot, grafted "fruit cocktail" trees with 4 fruit varieties from a single trunk. Offered landscape design ideas to friends and family, grew miniature bonsai tree's inside a bottle as well as full size bonsai and always had front yard landscape that exploded with vibrant color several times during the year. She became a certified Master Gardener and worked closely with the UC Davis Arboretum as a volunteer docent sharing her passion and expansive knowledge of plants. Continuing this passion she traveled extensively through the US, Canada, Europe and Russia visiting the most beautiful garden sites on earth.

She loved all holidays and every opportunity to gather and celebrate life with her family. She would decorate her house and table for every season and event in an effort to make every guest feel special to her warm inviting home. Her collaboration with her many cousins has resulted in a Thanksgiving Day family reunion that is now in its 50th year that will often have attendance exceeding 130 close family relatives hosted annually in a rented hall in the Napa Valley. Her sons moved to the Grass Valley area start families in a quieter environment. They both chose to buy bare land to build their own homes acting as owner/builders. Evie would jump right in and perform every construction task from hand digging ditches for the sewer system and foundation. Operating Table saws and Skill saws, Nailing down subflooring with a pneumatic nail gun, but of course never arriving empty handed always bringing much needed food to nourish the hungry workers. Especially remembered were the savory simmering pots of "Construction Stew" her special recipe became a family tradition filled with meat, beans, onions and tomatoes providing the perfect nourishment for the hungry volunteers.

She was an avid photographer & videographer and documented her family history creating a series of DVD's. She interviewed her aunts and uncles, recording their memories of life in the Napa Valley during the late 1800-early 1900's.

During her retirement years Evie was active with the Sutter Davis Hospital Auxiliary as a Pink Lady, eventually taking over the responsibility to schedule the large staff of volunteers. Evie is survived by her Sons Joe Neithercutt (Susan) of Oregon House, CA and Tom Neithercutt (Kathy) of Grass Valley, CA, 4 Grandchildren, Christy, Lisa, Melinda and Dan and their spouses and 7 Great Grandchildren, Sister Fran Cameron (Davis), Nieces Laura, Cathy and Nephew Mike and their spouses.

A funeral Mass will begin at 10:00 a.m. Wednesday September 2, 2015 at Saint James Catholic Church, 1275 B Street in Davis. Following the burial there will be a Celebration of Life luncheon. In Lieu of flowers (that she loved), donations may be made in her memory to STEAC, 1900 E. Eighth St. Davis, CA 95616 or Hospice c/o "Sutter Care at Home" 2855 Telegraph Ave. Suite 601, Berkeley CA 94705. The family would like to acknowledge the loving and compassionate care received these past years from many different care givers, especially Seini Moa who helped Evie for six years.

To plant memorial trees or send flowers to the family in memory of Evelyn Neithercutt, please visit our flower store.

Dear Family, We are very sorry to receive this notice. we hope that it can get there on our big hug, we love you and we miss you so much..we advised Stefania and Alessandra...we love, Valentina, Mariangela , Isabella, Andrea ed Enrico.

Friends and Family uploaded 8 to the gallery. 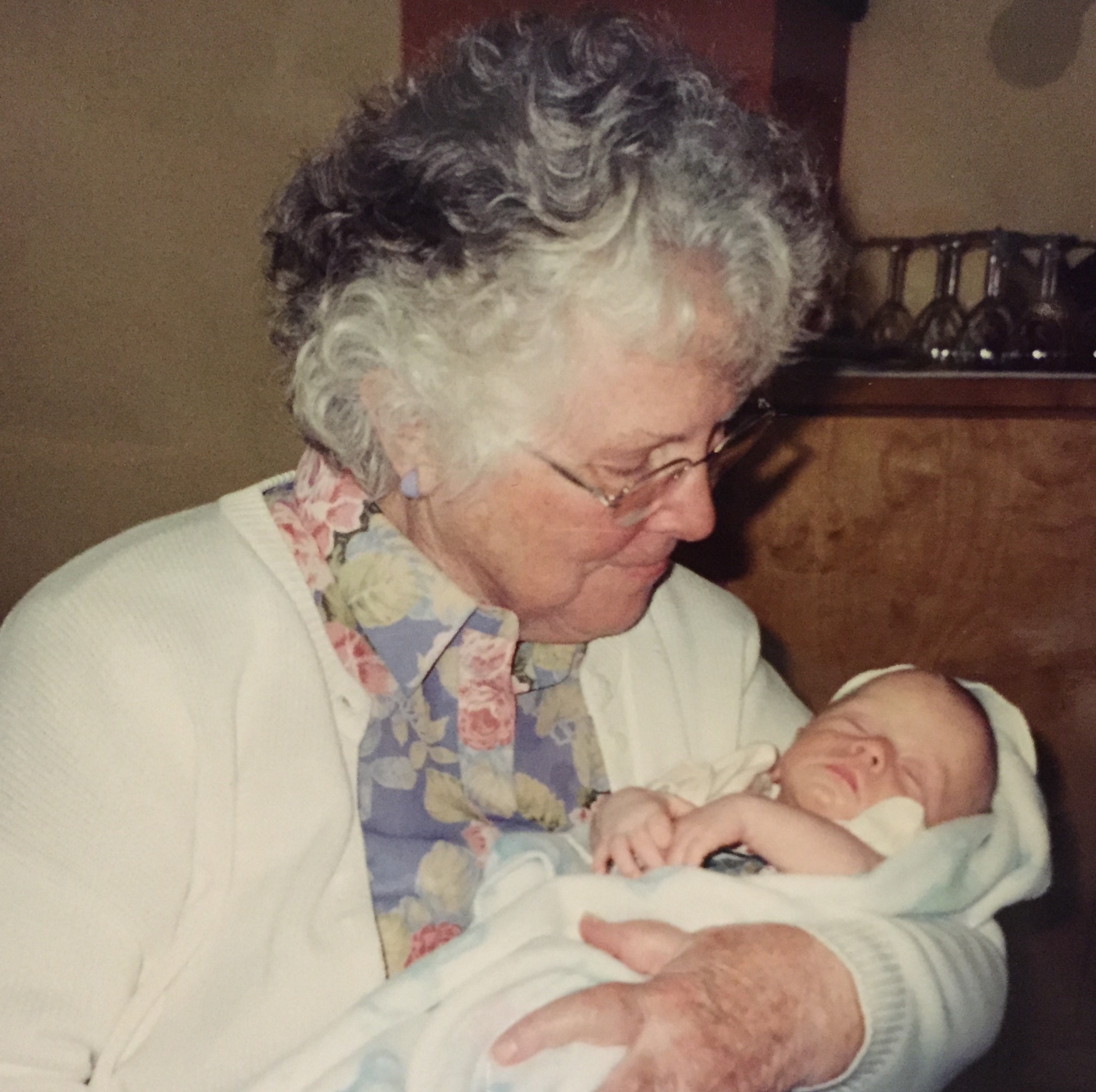 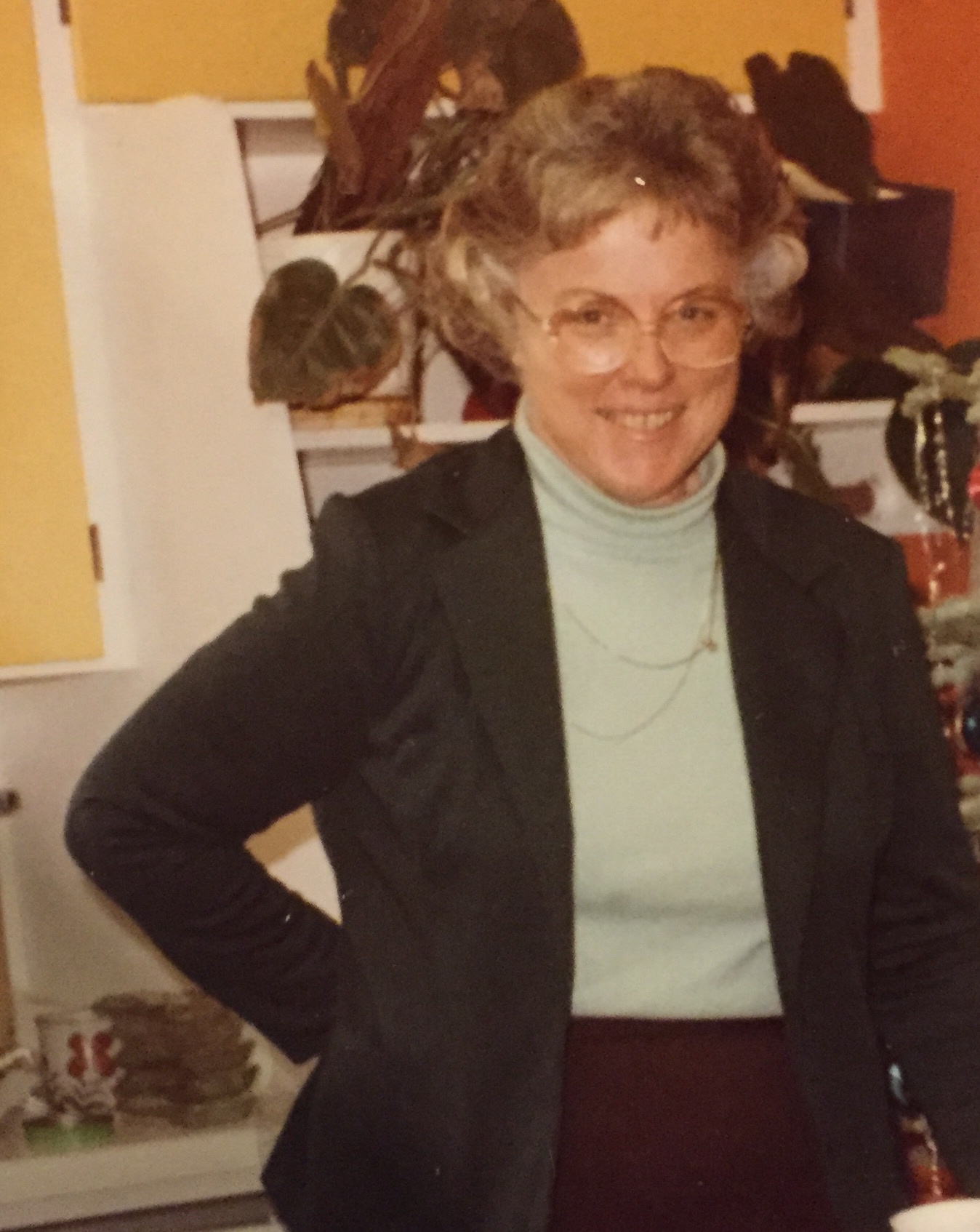 + 6 more
No service information has been added.