January 25, 1924-June 30, 2017 Edna Harter passed away peacefully at age 93 in Davis, CA on June 30 surrounded by her family. Edna was born at home in Chicago, Illinois during a huge snowstorm. The youngest of 8 children (6 boys, 2 girls) Edna came from a home with strong Czechoslovakian lineage. Her parents, Edward and Anna, came from Czechoslovakia through Ellis Island, New York as teens and their families settled in Chicago. At age 2, Edna's family moved from Chicago to Waterford, CA then finally settling in Empire, CA (outside of Modesto) where the family bought a peach orchard and dry fruit yard. Edna worked the family farm alongside her siblings, and helped manage the dry yard during her summers. The Great Depression was a huge factor in Edna's life and she often told stories of the short comings they had to live without, but the love of her family that kept them together and strong through it all.

Edna graduated from Modesto High School and later attended Modesto Jr. College where she majored in Interior Design. She worked for Mann Theater in Modesto, CA and later went to work as a Telephone Operator/Supervisor during World War II at Bell Telephone. Edna then took a leave of absence from her job to take care of her Mother who was ill and wheelchair bound. After her mother's passing, Edna went to work as a Bookkeeper for Milk Producer's where she eventually met her future husband Al Harter who was a Milk Man who picked up the raw milk cans from the dairy farm's in Modesto. Al was determined to meet Edna and date her, so he fudged his butterfat milk totals so he'd have to meet with the bookkeeper (Edna) to fix the mistakes. From this act, they began dating and were married two years later on October 1, 1949.

While living in Modesto, Edna would occasionally model clothes for a local clothing store named Lee's Apparel. She was in many photo shoots for the Modesto Bee and loved participating in fashion shows. She was involved in Eastern Star becoming a 75-year member before her passing, and was an active Elk's Club wife for her husband Al when he was Exalted Ruler in the early 1950's. Edna spent a lot of time with her sister Anna, and loved spending time with her brother's and their families in and around Modesto. Moving to Davis was difficult for her, but she knew the opportunity Al was given with Volkswagen was a once-in-a-lifetime experience and off they all went to move to Davis.

Edna and Al had a beautiful courtship and marriage. They dated for over 2 years and were married for 48 years. They loved being together and were inseparable. They loved to travel the world and went to almost every country in the world in their travels. They frequented Germany the most when Al was a Volkswagen dealer and they'd spend 3 weeks a year there. One adventure they traveled to was Africa. They went on many a tour while there and even went on a couple of driving safari's. One such day they were standing in the touring Jeep and it lurched forward and Edna flew backwards, did a back somersault and almost rolled out of the back of the vehicle onto the ground, but Al caught her foot and saved her from landing on the road! Life for the two of them was always an adventure and they visited many exciting places over the years together. They went on numerous cruises, trips to Europe, Russia, loved being at their home in Lake Tahoe, and loved frequenting San Francisco for fancy dinners and theater shows.

Edna was an amazing, long-time Davis resident who moved here in 1963 from Modesto with her husband Al Harter, and two children. She and Al started the Volkswagen dealership, Harter VW (and later Mazda), Fairfield Nissan, and Freeway Ford-Mercury, and later sold the stores in 1988 to retire and travel the world. Edna loved to volunteer and was one of the first to help start and volunteer at Casa De Los Ninos (now renamed Casa Garden Restaurant) that benefits the Sacramento Children's Home. Most known for being an involved and inspiring stay-at-home-mom to her family, Edna was known for her amazing cooking and baking, especially her homemade fruit pies, pickles, jams and jelly's. She and Al loved to make pomegranate jelly and would spend a full day doing the entire process. She also loved being room mom for her daughter's elementary school classes, and was always present in her children's lives and activities.

When her granddaughters, Allison and Katie Killmer came into the world in 1998 and 2001, Edna's change of focus was to them. She attended EVERY activity they were involved in and was their "cheerleader" watching every practice and performance they participated in over the years. Known as NANA, Edna loved everything there was to being "NANA" to her granddaughters. She went on every family vacation with them, and spent every day and evening dinner with them, spoiling them all the while. She loved to teach them how to make Czech dumplings, decorate extraordinary Christmas trees, consume the best of chocolates, to enjoy manicures and pedicures regularly, and to always wear fine shoes and dress like young ladies. She loved to buy them matching sister dresses, and loved to spend time with them on her lap reading classic children's books by the hour. Allison and Katie's best memories of their Nana are that of her putting them on her lap and talking to them for hours upon end. She loved them more than life and they filled a void when her husband Al passed away before their births. Edna loved visiting with her daughter's friends at events and parties. She loved talking to everyone, and was very articulate and composed. When her granddaughters were tiny, she'd spend her days with Lynn and the girls. They'd travel to doctor's appointments, go sunflower field finding, frequent See's Candy, have lunch out, enjoyed pie at Marie Calendar's, ice cream at Vic's Ice Cream and Baskin Robbins, drive to pick up Mandarin Oranges in Chico, drive to Lodi for her dermatologist appointments, Auburn for her podiatrist, Modesto to visit relatives and visit all her families graves to clean and trim them up and adorn them with beautiful, colorful flowers, and just loved being together experiencing life. As the girls got older, she'd participate at their preschool on occasion, she'd visit their elementary classrooms at pickup time, and she'd talk and visit with their teachers on a regular basis. She was the "hip grandma" everyone wished was theirs.

When she and Al were first in the Volkswagen business, Al bought a Cadillac to drive around because he was a tall man and liked a bigger car for the family. Now, being a VW dealer and driving a Cadillac was sort of taboo in a small town like Davis because everyone should drive the make of car they sell, right??? Well one day, at a lady's luncheon, a snippy-type lady made a comment out loud to Edna about her Cadillac saying, "you're a Volkswagen dealer, where's your Volkswagen??" Edna, not blinking or even missing a beat calmly responded, "it's in the trunk." Laughter ensued and a memory was made that lasted a lifetime for Edna! Edna believed in buying good makeup, and shoes, a trait she believed in all her life. She wore little makeup (her complexion was flawless), and always dressed to the nines when she and Al went out. She loved to go shopping, and was amazing at matching dresses, shoes, and handbags to make the perfect outfit. Store owners would call her by name, and they enjoyed waiting on her because Edna was kind and cultured. She treated everyone graciously, and loved talking to everyone when she entered a store. She was class, perfectly on point, and kind.

Edna is survived by her Daughter, Lynn and her husband Don Killmer, and granddaughters Allison(18) and Katie(15) Killmer, and by her Son, Mark Harter. She is also survived by numerous nieces and nephews. She is preceded in death by her husband of 50 years, Al Harter who passed away on January 28, 1998. Plus her parents, Edward and Anna Wach, and 7 siblings, Eddie, George, Harry, Frank, Fred, Roy, and Anna.

Graveside services will be on Saturday, July 8 at 11:00am at Davis Cemetery. If you would like to honor Edna's memory, donations can be given to Shriner's Hospital for Children-Northern California in Sacramento.

To plant memorial trees or send flowers to the family in memory of Edna Harter, please visit our flower store.

Friends and Family uploaded 58 to the gallery. 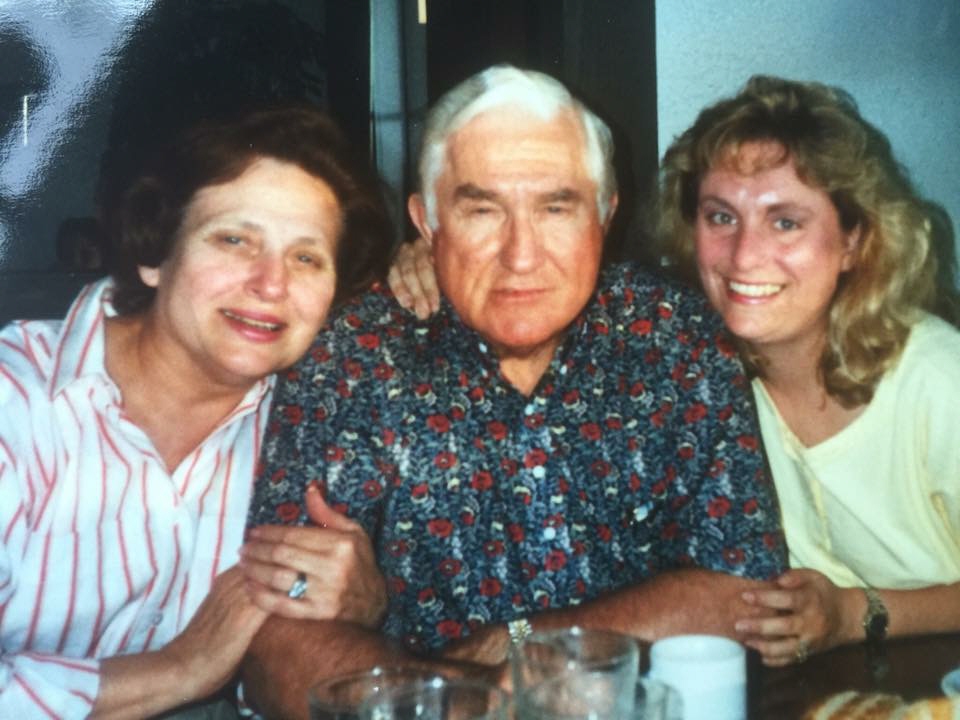 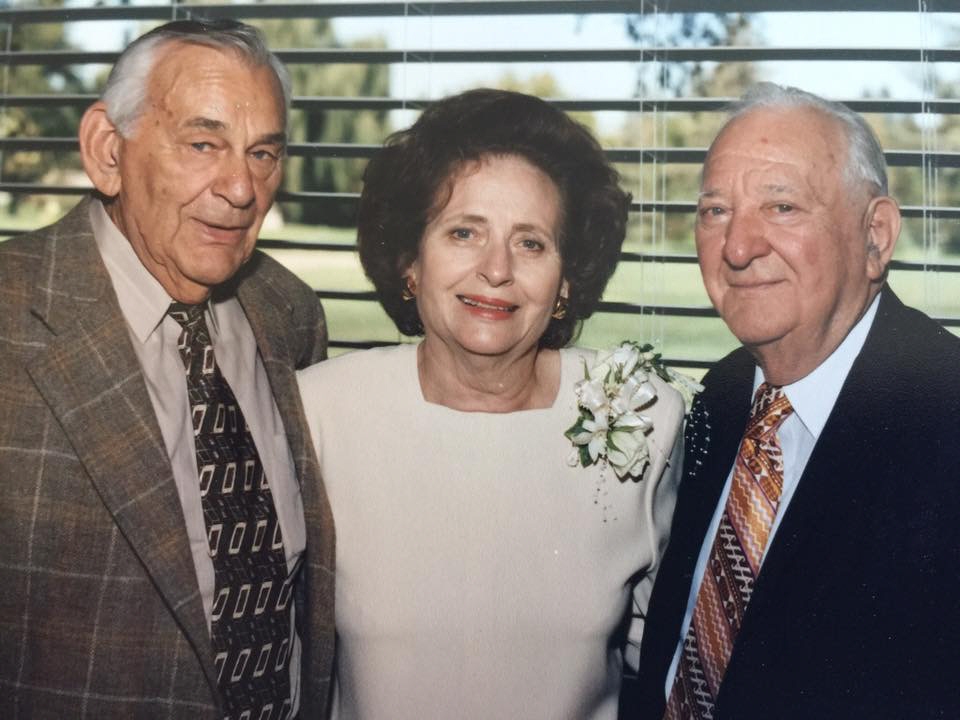 + 56 more
No service information has been added.