Dorothy Kirk Morrison, 86, passed away peacefully on July 28, 2014, in Davis, California, surrounded by her family, after a courageous struggle with lung cancer. The family is grateful to Yolo Hospice and Spanish Bay for the care and support she received during her final illness.

Dot was born on October 19, 1927, in Bar Harbor to G. Harold Kirk and Helen (Yeaton) Kirk. She grew up in Bar Harbor, Maine, and attended Bar Harbor High School; her childhood summers were spent with her parents and brother Bill at their camp on Long Pond in Mt. Desert, Maine. She went to Boston in 1945 to attend Wheelock College, where she earned a Bachelor's degree in education.

In Boston she met and married Joseph Nowell, a Navy veteran and engineering student at MIT. They lived in Canton, Massachusetts, and had two daughters, Lisa and Kate. They divorced in 1962. In 1966, Dot married Howard Morrison, and continued to live in Canton. She taught elementary school in Sharon, Massachusetts, and was often assigned students with learning disabilities, of whom she was especially fond; fifty years later she could remember many of them and their individual stories. In these years she continued to take classes in education and literature, and was an active member of the Informal Players, a local theater group. She also made time to take her daughters to civil rights marches in Boston. She led an active social life with friends from Canton, Boston, and Bar Harbor, and saw and heard many of the great jazz musicians of the mid-twentieth century.

In 1983 she retired from teaching and moved to Phoenix, Arizona, where she took a job working for the Arizona state legislature as a legislative proof-reader. She and Mr. Morrison divorced in 1983. In these years she enjoyed reading, cross-stitch, swimming, travel, visiting her daughters' families in California, and attending jazz concerts and festivals, in the 1990s often with companion Bob Stine. In the early 1990s, she took a leave of absence from her job with the legislature to move back for a year to Bar Harbor to care for her mother.

In 2002 she retired again and moved to Davis, California, to be near her daughter Lisa. There she relaxed into a life of reading, crossword puzzles, listening to music, and visiting with her daughters' families in Davis and Santa Cruz. She attended many west coast jazz festivals, until health problems decreased her mobility. Throughout most of her life, she continued to make yearly visits with her family to Bar Harbor and Long Pond, Maine.

She is survived by her daughter Lisa Nowell, son-in-law Stan Robinson, and grandsons David and Tim Robinson of Davis, CA; son-in-law Denis Bunting and grandson Chris Bunting of Santa Cruz, CA; grandson Jim Bunting and his wife Briganne of Charlottesville, VA; brother Bill Kirk and his wife Mary Jane of Waldwick, NJ; nephew Bill Kirk Jr. of Arlington, VA; niece Alyson Kirk of Waldwick, NJ; and cousins Pat Haskins of Kansas City, MO, Joe Kirk and his wife Nada of Port Clyde, and Betty Kirk of Orlando, FL. She will be greatly missed by all her family and friends, and remembered for her good humor, incredible memory, devotion to her grandchildren, commitment to social justice, courage and resilience in the face of blindness and illness, and her lifelong love and enthusiasm for reading, jazz and live music, and her family.

A memorial service will be held in the chapel of St. Saviour's Episcopal Church on 41 Mt. Desert Street, Bar Harbor, ME, at 2:30 PM on Thursday, August 21, followed by a graveside interment at the family plot in Ledgelawn Cemetery. In lieu of flowers, donations may be made to Yolo Hospice, 1909 Galileo Ct, Davis, CA 95618; National Library Service for the Blind, 1291 Taylor Street NW, Washington, DC 20542; or St. Joseph's Indian School, P.O. Box 300, Chamberlain, SD 57325.

To plant memorial trees or send flowers to the family in memory of Dorothy Morrison, please visit our flower store.

Please accept my heartfelt condolences on the loss of your loved one. In the Bible, a man named Job raised the question: "If an able-bodied man dies can he live again?" Then he answered: "I shall wait [in the grave] until my relief comes. [God] will call, and I myself shall answer." (Job 14:14, 15) What a joy it will be when that time arrives and the dead are reunited with their loved ones! "What happens when you die", Find the Bible's answers to this question at jw.org. (Go to Bible Teachings -a Bible Questions Answered.

Lisa & family, Dot was probably the best neighbor I've ever had ... which quickly grew into a long-lasting friendship. Whether discussing life, education, politics, jazz, grammar or simply how toproperly eat a lobster, and what to serve with it and what not, Dot was always an inspiration. Every time I listen to the "Prairie Home Companion" and Garrison Keillor, I think of Dot and all fun times we had together ... including a few times she almost set our apartment on fire with her cigarettes ... or both of us during creation of a new gourmet flaming delicacy. As Mark Twain was quoted, "The difference between the right word and almost the right word .. is the difference between lightning and a lightning bug!" Dot was no bug ... but a wondrous butterfly ! Dot was my mentor, my teacher, my editor, my virtual neighbor .. and my friend. May the rememberance of the positive impact that she had on so many thousands of students, neighbors, food store clerks and friends be of comfort to you and your family. Bob Huber Scottsdale, Arizona

I am sorry to hear of your loss. The death of a loved one is one of the most devastating experiences a human can face. At times, the loss can seem unbearable. The Bible promises; "God is near to the brokenhearted." It also says: "Throw your burden on God and he will sustain you." (Psalms 34;18 and 55:22) I hope this message will help you cope with the loss of your loved one.

You were as graceful as a butterfly.

We met to late Dot.However it was short &sweet. RIP my friend.No more pain.

I miss my Mom. But I am grateful for every minute we had together, especially the last 12 years she lived near me in Davis. I can still feel her love. I want to thank everyone, on her and my behalf, who helped and supported us in Mom's final illness-- the wonderful caregivers at Yolo Hospice and Spanish Bay. Thanks also to her dentist, Dr Tso, and Meghan, who made 3 house calls to help her when she could no longer leave her house. Thanks to her community at Spanish Bay--Ruth, Beatrice, Donna, Jack, Darryl, Rosie, Adelia, Elizabeth, Linda, Michelle, MaryAnna, Nidia, Brendi, Eva, and Roberta.

Dot would have edited & corrected the mispelling above!

Friends and Family uploaded 92 to the gallery. 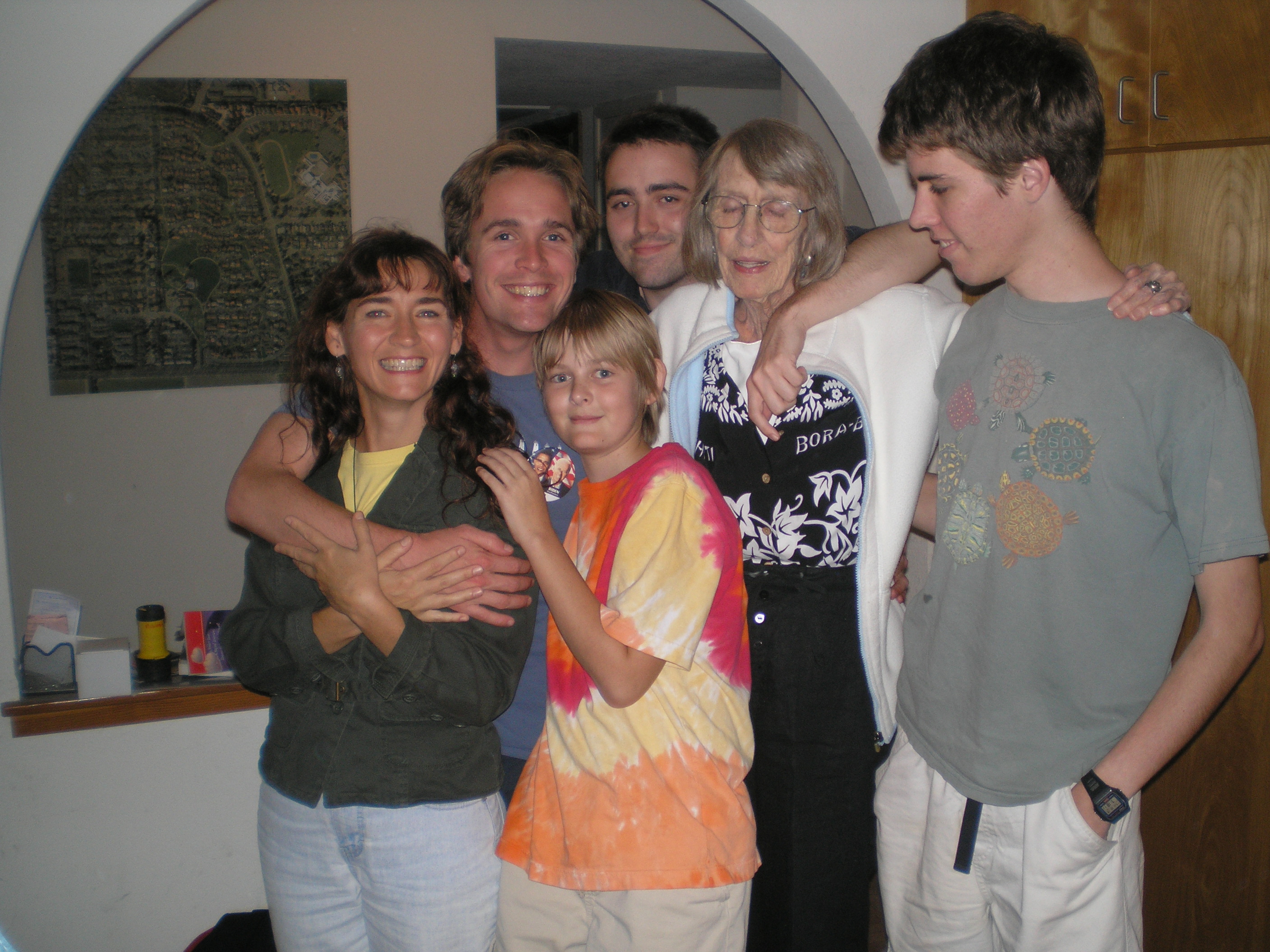 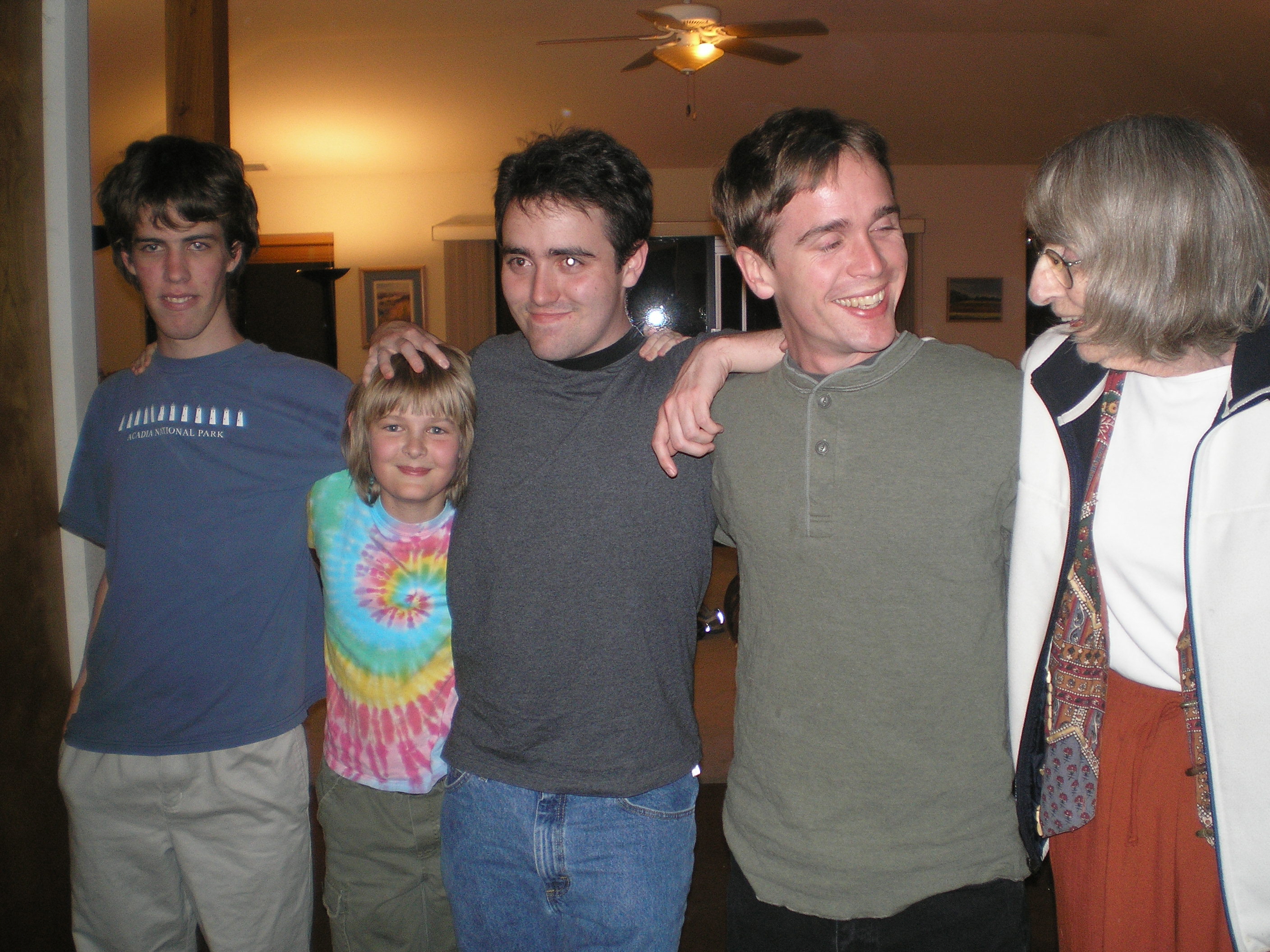 + 90 more
No service information has been added.