Celia (CeCe) Recchio was born in Sacramento on May 22, 1993, and was immediately known as "The Princess of P Street." That was just the first of many nicknames she acquired over the years. To her parents, she was Angel, Goose, or even Goosie-Lou when her mom could get away with it. She was "Bo" or "Bo-bie" to her Aunt Lisa and Grandparents. She was also nicknamed "the Ceester" by friends in Sacramento. But to most of us, she was simply "CeCe."

It was probably prophetic that her first word - before she was a year old - was "dog." She loved all animals - whether they were furry and liked cuddles like her dog Polly, a tough-guy like Scamp (who later attended college with Celia), western pond turtles, banana slugs, spiders, and even cats (Theo - whom Celia taught to fetch, sit and perform other tricks). Animals were drawn to Celia - they probably could sense her gentle and giving spirit. Celia had planned to transfer to Humboldt State to complete a degree in Wildlife Management so she could spend her time caring for and helping animals.

Celia also loved old movies, and was aghast that some of her friends did not know who Cary Grant was. She was an excellent student, liked summer science camps, Harry Potter, David Sedaris, and was a self-described nerd. She also loved sports - hiking, soccer, and softball. Some of her softball teams were the "Red Rascals", "Purple Piranhas," "Golden Girls," "Rubber Pickles" and finally the Oregon Reign. Ask us how in one of early games she made an unassisted triple pay.

Celia had the opportunity to see much of this world before she left us. She hiked and snorkeled in Kauai at age 8, she saw London and Paris when she was 11, and Milan, Venice, Rome and Madrid after her she graduated from Da Vinci High School in 2011.

Even through her migraines, depression and other issues she had to deal with, she kept fighting and caring for those she loved. She found love in her family, friends and closest friend, Mikaela. She was the love of our lives. We will miss her and love her for the rest of ours.

Celia is survived by her parents Judith Recchio and William Haigh of Davis; her grandparents Linda and Sandro Recchio, and her many aunts, uncles and cousins - Lisa Christensen, Bob and Yvonne Recchio and their son Michael, Michael and Mary Recchio and their children Joseph, Jennifer and Jill, Stephen Christensen and Joyce Caffey, John and Dawn Recchio, Jeff and Cindy Haigh, and Manual Erviti and Pedro and Cindy Erviti and their daughters Juliana and Monica.

Donations may be made to http://yolospca.org/ or the charity of you choice.

To plant memorial trees or send flowers to the family in memory of Celia Recchio, please visit our flower store.

I only knew Celia for the year I tutored at the writing center, but she's one of the people I remember most clearly. Whenever I saw her she had such fantastic attitude and energy--I loved (and envied) how she handled situations that came up while she was tutoring or on the desk with a blend of spunk, humor and refusal to tolerate B.S. She's one of the few people I've met to strike me as really "awake", not shuffling through life, but really engaged and moving with it. She shared her peanut butter and carrots with me at a staff meeting, introducing me to a totally new flavor combination, and showed me a highly academic project proposal she was working on (she had to translate Science for me as I read through)--my memory's not great, but I think she told me she did get the funding for it? It was Fall 13, or Spring 14. She looked into the study carrel I was crying in, at least once, the day my depression got the better of me, just to see if I was okay, not pushing me to talk. I don't think I ever told her how much that meant to me. And during a group activity, I was lucky enough to be in hers, where she impressed first our group, and then everyone at the meeting, with the sentence rap she remembered from elementary school-- so much that Scott made a video: https://www.facebook.com/video.php?v=10202361810913178&set=vb.134660396990&type=2&theater She's someone I always hoped I'd run into and hang out with after I graduated, and even though I didn't know her very long, or very closely, just by working with her, I could tell how fantastically smart, genuine, quirky and caring she was. It tore my heart when I found out she was gone, and I know it's a thousand times more painful for you who were her close family and friends--I'll be thinking of you, although I haven't met you. Celia, you are an amazing person, and I wish you'd made it to your cabin in the woods--you and your dreams will never be forgotten, and you've permanently made life smarter, peppier and "funner" for all of us who had the honor to know you. <3

CeCe was a bright light in all our lives. She was one of the first friends our children made when we moved to California and soon became my daughter's closest friend throughout elementary and middle school. I loved whenever CeCe visited us. Even at a young age, she engaged easily and earnestly in conversation with anyone, child or adult. She was kind-hearted, loving, thoughtful, and gentle. This is a terrible loss for all of us who have had the honor of knowing this beautiful, vibrant young woman, but especially for Judith, Bill, and their family. You're in our thoughts and prayers. We love you, CeCe. "And flights of angels sing thee to thy rest!a""

Judith, Linda and Sandro, Our heartfelt condolences on the loss of your beautiful CeCe. We have fond memories of CeCe, from years back, in the San Jose days. Mark & Nancy Freschi

My gosh Bill & Judith. I am so sorry to learn of your unimaginable loss. My thoughts and prayers are with you for continued strength and healing. With my deepest sympathy- Cousin Tracy Nickerson

Celia was one of my coworkers and friends at Ross. Every chance we got, we would talk about a million different things from her love of turtles and animals, to our favorite ' Doctor' from Doctor Who...it was never boring. She always had that dazzling smile on her face which matched her sweet spirit. I dubbed myself as her protector at Ross (literally) and we agreed while off duty her cat was her kitty protector. We never stopped laughing and joking around. The last time i saw her was on Valentines day, I brought her a rose. Though our friendship was short, it was long enough to see the amazing girl she was. I can never express how sorry i am, but know that she impacted people wherever she went. I spent an entire day in tears, but knowing Celia it would be the last thing she would want. I will never forget the girl with the smile.

I only met CeCe briefly a couple times when she came into the office where I work. I mostly knew her through her dad, Bill. She was clearly very loved and respected. Bill's eyes would light up with enthusiasm when he spoke of CeCe and her interests and plans for the future. I, as a wildlife biologist, was delighted that wildlife biology was her chosen field to pursue. Although, her life was short, from what I know, saw, and heard from Bill, it was a life full of unconditional love for his beautiful girl.-Peggy Cranston

I worked with Celia at the SSU Writing Center. On the first day of our orientation, she told us she was a bio major and that "science is important!" From then on, she'd repeat that mantra whenever someone complained about a science class. She also once treated me to a fantastic discussion on what classification of animal the alien whale-thing in The Avengers might have belonged to. She told me no current classifications were up to her satisfaction. I didn't know her all that well outside of work, despite her stories and her enthusiasm while at the Writing Center, but for the time I did know her she was both passionate about her field and compassionate towads people and animals. I would like to express my deepest sympathies to her family, friends, and loved ones. I am so, so sorry for your loss. "Science is important." I'll never forget that. -Bryn S.

My heart hurts so much at hearing this terrible, terrible news today. I just saw you last week when you bounded towards me, arms open then wrapped around me. Your smile, your joy, your beauty inside and out radiated. We talked of seeing each other soon, as you were running late to class. What I wouldn't give for another hug. This poem is for you, and for those of us left behind to honor you. - Rhiannon 'Tis a fearful thing To love What death can touch. To love, to hope, to dream, And oh, to lose. A thing for fools, this, Love, But a holy thing, To love what death can touch. For your life has lived in me; Your laugh once lifted me; Your word was a gift to me. To remember this brings painful joy. `Tis a human thing, love, A holy thing, To love What death can touch. - Eleh Ezkerah 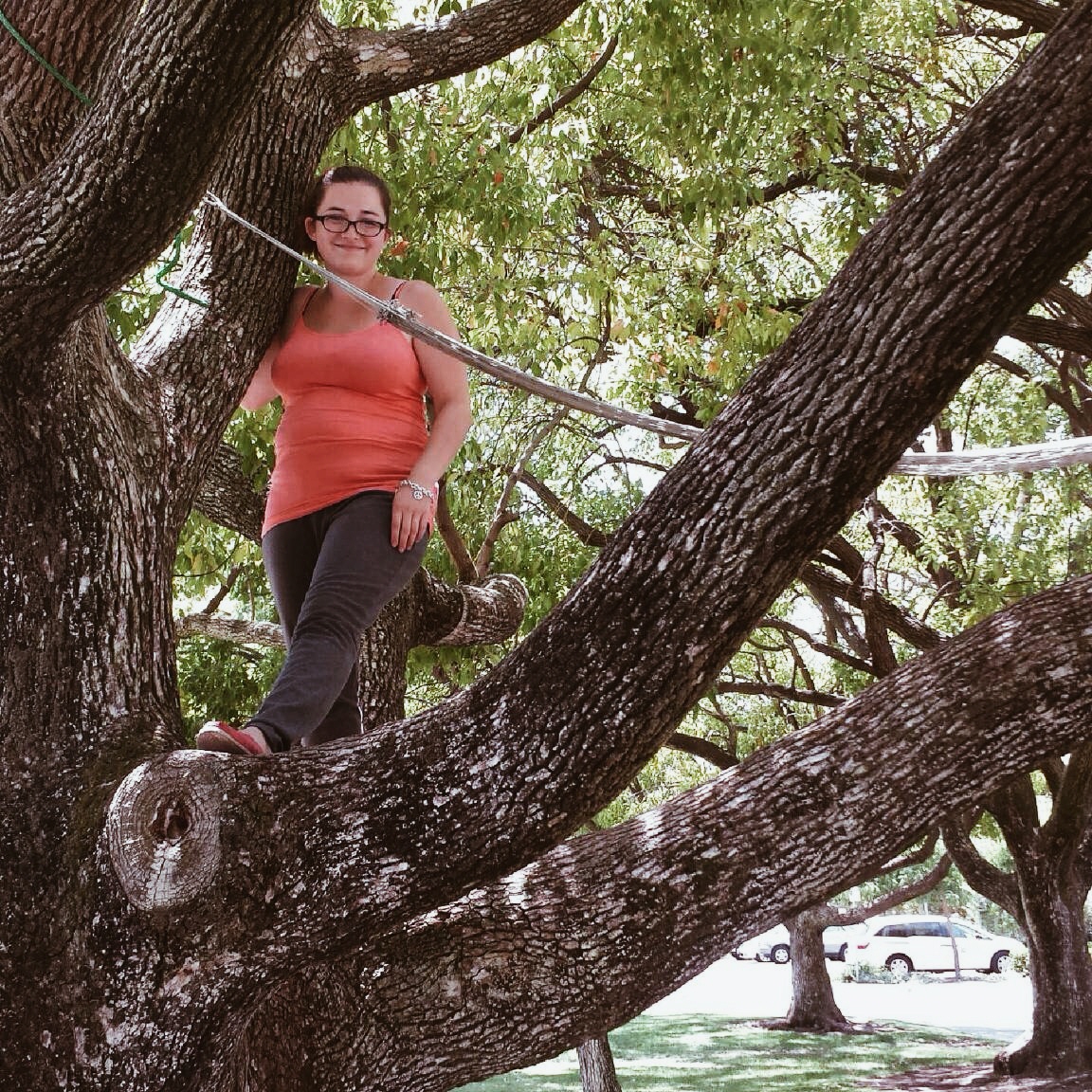 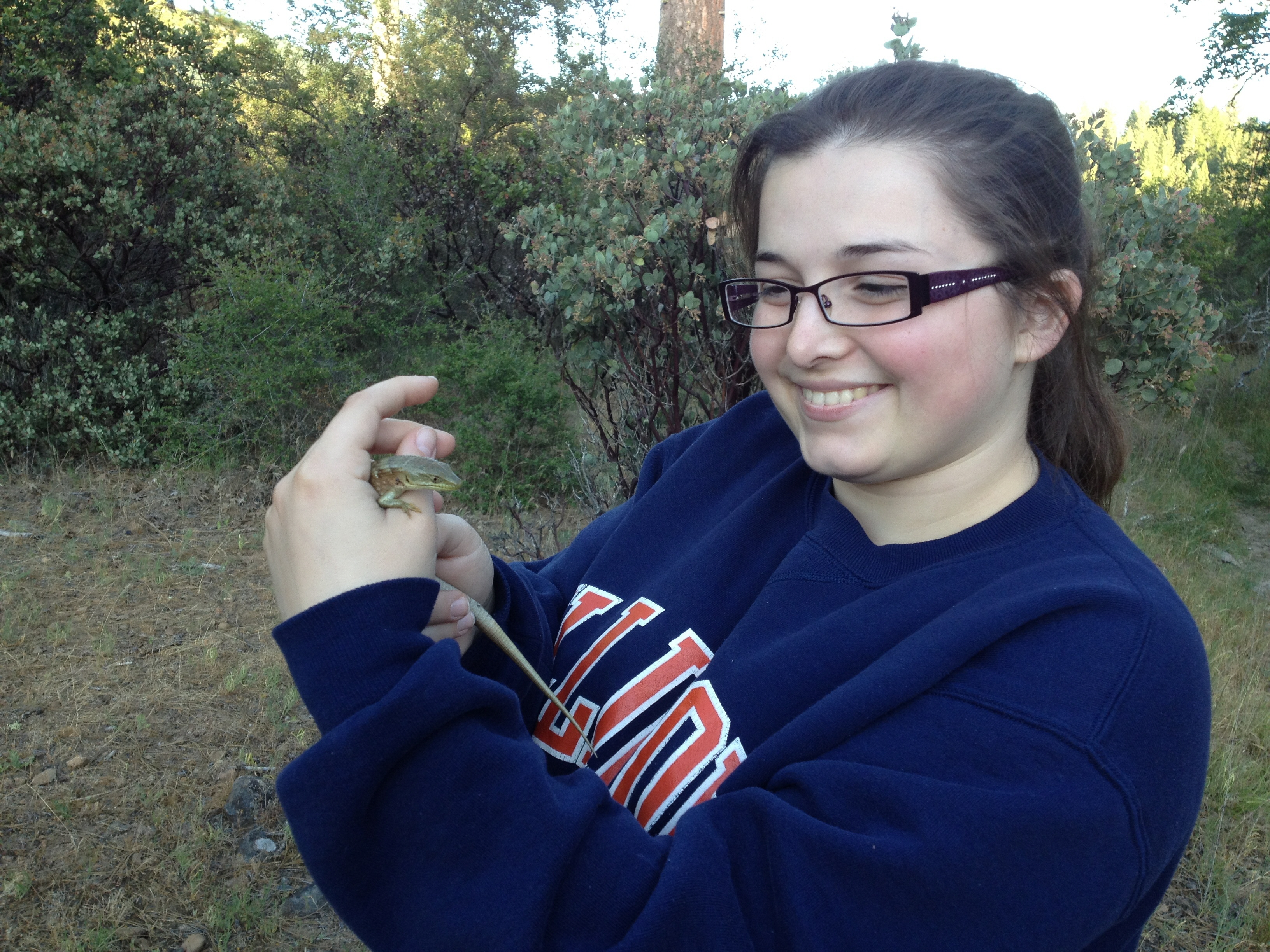