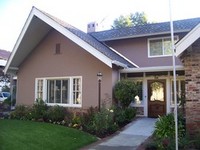 In August 2005, the Wiscombe family began Wiscombe Funeral Home, operating at the same location as the previous Davis Funeral Chapel. The Wiscombes have always been very passionate about upholding the dignity and honoring the families they are privileged to serve. Before their move to Davis, they owned and operated Wiscombe Funeral Home located in Caliente, Nevada where they resided for 14 years.

In June 2006 the Wiscombes invited Vera Smith to join them in serving families. Ms. Smith has been a long-time friend of the Wiscombes, having been raised in Caliente, Nevada.

In April 2008 the Wiscombe Family was fortunate to purchase the property located at 116 D Street that had been owned by Stan and Dorothy Smith since 1957. Following completion of this purchase the Wiscombes have embarked upon extensive renovations to further beautify the Funeral Home and truly create a warm, home-style atmosphere.

The Smith family had operated Smith Colonial Chapel located in Winters which closed its doors in 2004, just one year prior to the Wiscombe family taking ownership. Shawn Wiscombe felt very compelled to once again establish a Funeral Home in Winters, allowing families the opportunity to remain close to home following the death of a loved one. In May 2009 the Wiscombes opened their Winters location at 34 Main Street.

In 2010 the Wiscombes felt they should relocate their family to be closer to extended family. In December 2010, Vera purchased the funeral home and operates both the Davis and Winters locations. Vera continues the uphold the same values and dedication to the families we serve.

In 2015, Wiscombe Funeral Home became Smith Funeral Home.  Vera feels very fortunate to served the Davis, Winters and surrounding communities.  She wanted the funeral home name to reflect her personal commitment to the families who entrust their loved one into her care.

We believe strongly in respecting and honoring the beliefs and values of each family we serve, recognizing that individuals are unique and therefore honoring their lives should personally represent the life they lived.

It is with great honor and tribute that we dedicate our lives to serve the families of Yolo county and its surrounding communities.

A year of daily grief support

Our support in your time of need does not end after the funeral services.  Enter your email below to receive a grief support message from us each day for a year.  You can unsubscribe at any time.